Sony has announced that The Interview, starring James Franco and Seth Rogen in a plot to kill North Korean leader Kim Jong Un, has been pushed back to Christmas Day after a positive reaction during early screenings.

The controversial comedy, in which the duo run a tabloid television show and are recruited by the CIA to assassinate Kim after they land a rare interview, had originally been slated for Oct. 10. Rogen and Evan Goldberg, who collaborated on This Is the End, directed the film.

North Korea’s government reportedly called the movie a “wanton act of terror” and promised “merciless” retaliation against the U.S. if it’s released.

The movie will have a good deal of competition at the box office. The cult sequel Hot Tub Time Machine 2 and Disney musical Into the Woods will be released during the holiday weekend, as will the family flick Paddington and the Angelina Jolie-directed Unbroken.

But Sony is confident that The Interview will stand up against the rest, especially as it courts high school and college kids on holiday break.

“The combination of Seth, Evan and James is pure comedic magic,” Rory Bruer, Sony’s president of worldwide distribution, said in a statement. “In our early screenings of The Interview, we’ve seen that they’ve delivered yet again, and we’re thrilled to be making the move to Christmas — one of the most important moviegoing days of the year and the perfect date to show off their brand of comedy.” 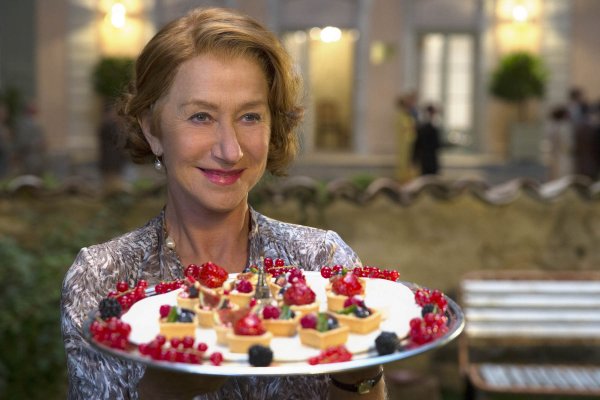 Does 'The Hundred-Foot Journey' Deserve One Star or Two?
Next Up: Editor's Pick