For some critics, it’s an article of faith that the Obama Administration’s financial reforms were a sham, that the Too-Big-To-Fail banks that shredded the system in 2008 are riskier than ever, that “Wall Street Won,” as my favorite magazine declared last year. But there’s a mountain of evidence that reform is working. And the mountain grew last week, despite the denials of the critics.

The strongest new evidence came from a July 31 General Accountability Office report, a report commissioned by congressional critics who expected it to show that bailouts of megabanks were likelier than ever. The report did not show that at all. It showed that expectations of government support for the biggest banks had declined significantly, along with the funding advantages created by those expectations. The report clearly suggested that thanks to the Dodd-Frank financial reforms, the Too-Big-To-Fail problem is becoming less of a problem.

Now the critics are scrambling to spin the GAO’s inconvenient findings. New York Times columnist Gretchen Morgenson, a reliable geyser of outrage about Wall Street’s purported control of Washington, quickly dismissed the report as a “muddle” and a “mishmash.” Senators Sherrod Brown of Ohio and David Vitter of Louisiana, the critics who requested that GAO investigate the Too-Big-To-Fail phenomenon, emphasized that the report did not conclude that the phenomenon had disappeared. Salon headlined its story: “America’s Recurring Nightmare – Big Banks Are Still Too Big To Fail.”

The critics claimed another victory August 5 when the Federal Reserve and the FDIC declared the so-called “living wills” for 11 megabanks—blueprints suggesting how they could be wound down safely if they got into trouble—were deeply inadequate. “Banks Are STILL Too Big To Fail,” complained the Daily Mail. Perhaps I’m biased–I helped former Treasury Secretary Timothy Geithner, the main architect of financial reform, with his recent book–but federal regulators cracking down on megabanks doesn’t sound to me like evidence that reform is failing. It sounds like evidence that reform is working. If the big banks don’t improve their living wills, they could face serious consequences.

Speaking of consequences: Bank of America just agreed to pay $16 billion to settle federal investigations into sales of sketchy mortgage securities, the largest corporate settlement in U.S. history. Overall, BofA has paid more than $50 billion to the government in fines and settlements, much of it related to bad behavior at Countrywide Financial and Merrill Lynch before it purchased them during the crisis. JP Morgan, Goldman Sachs, and other megabanks have also paid megafines. The critics have complained about the lack of executives in handcuffs—and there are legitimate questions about the design of some of the settlements—but the notion that Wall Street paid no price for the shenanigans that created the crisis is ludicrous.

After all, the worst financial firms either collapsed (Lehman Brothers), collapsed into the arms of a stronger partner (Bear Stearns, Washington Mutual, Countrywide, Merrill, Wachovia), or collapsed into the arms of the government (Fannie Mae, Freddie Mac, AIG). The shareholders of all those firms took baths. And since Americans are still furious about the Wall Street bailouts, it can’t be repeated enough: The banks paid for their extraordinary support. Taxpayers got all their money back, and will end up making more than $100 billion on their investments. It’s silly to argue that Wall Street got off scot-free just because the surviving Wall Street banks are making a lot of money. That’s what Wall Street banks do.

It’s even sillier to argue that the system is no safer than it was before the crisis. Long before the events of the last week, it was clear the problems that made the crisis so damaging have become less problematic. The big banks are no longer so overleveraged. They hold much more capital against potential losses. They’re much less dependent on precarious short-term funding. Large financial institutions like AIG and Goldman Sachs that once operated in the shadows because they weren’t technically “banks” have been subjected to much stricter regulation. And there’s a powerful new Consumer Financial Protection Agency looking out for Americans who were once at the mercy of payday lenders, mortgage brokers, and big banks. Even Paul Krugman–no fan of Secretary Geithner–now admits that reform “has actually done considerable good.”

In other words: Washington won. The political system made the financial system more resilient—though not immune—to crises. Government rarely makes things perfect. But in this case government made things better. 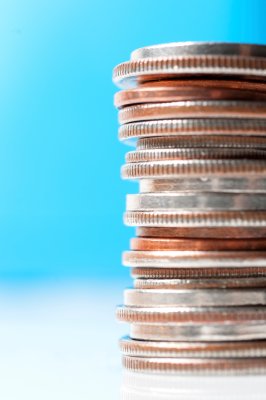 S&P: Income Inequality Is Damaging the Economy
Next Up: Editor's Pick