Some politicians attack in prose. Kentucky Republican Sen. Rand Paul can do it in poetry—with color, precision and language that’s hard to forget.

Over the last week, he didn’t just blame Hillary Clinton for the current state of Libya, he said she created a “Jihadist wonderland” there. He didn’t just knock her for not fortifying the Benghazi embassy, he said she treated the place “as if it were Paris.”

“While she was turning down request for security, she spent $650,000 on Facebook ads, trying to get more friends for the State Department,” he said. “They spent $700,000 on landscaping at the Brussels embassy. They spent $5 million on crystal glassware for the embassies around the world.”

On Friday, he asked the crowd for a moment of silence, to pray for Clinton’s bank account. “Somebody must have been praying for her, because she’s now worth $100, $200 million,” he followed, deadpan. “I tell you, it was really tough giving those speeches.” Then on Tuesday, at an event for a fellow ophthalmologist running for Congress in Iowa City, offered his crowning rhetorical turn. “Hillary’s war in Libya, Hillary’s war in Syria,” he said. “None of this was ever approved by Congress.”

Of course, all of these attacks were unfair, as political attacks tend to be. Hillary did not choose to bomb Libya, though she supported the policy, and she has broken from President Barack Obama on the strategy in Syria. There is no evidence the question of additional security for the Benghazi embassy ever rose to her desk at the State Department, her net worth includes her husband’s substantial earnings, and no one serious has ever suggested an actual connection between Belgian landscaping budgets and American security.

But what matters at the moment is not accuracy, but political calculation and execution. And Paul is quickly establishing himself as the Republican Party’s preeminent basher of Hillary Clinton, a title that could bring him rewards over the coming months as the 2016 presidential race heats up.

The strategy plays to two of Paul’s natural advantages in the current Republican field. He is not a sitting Governor, and therefore far more free to dip his tongue in the partisan mud. He is also running for President—albeit without an official campaign—on the idea that he can best distinguish himself from Clinton on key matters of foreign policy that are likely to resonate with independent and young voters. “There are definitely areas where Clinton has vulnerabilities that Rand is uniquely situated to attack,” said Tim Miller, who spends his days attacking Hillary Clinton for America Rising, an opposition research group.

Other would-be Clinton challengers have, of course, tried to get on the Hillary-bashing bandwagon, but with lesser results. Florida Sen. Marco Rubio made an early splash by calling Clinton a “20th century candidate,” but most of his attacks have sounded more like Senate speeches than a sonnet. “If she’s going to run on her record as Secretary of State, she’s also going to have to answer for its massive failures,” he says. Texas Sen. Tex Cruz, meanwhile, remains more likely to focus his fire on Obama, or their joint efforts, than Hillary alone. “Internationally, the Obama-Clinton foreign policy is a disaster,” he says.

Paul’s focus on Clinton clearly looks like a strategy to elevate himself early in the Republican field. Soon Republicans nationwide will pivot to focus on what may the central question of the Republican primary: Who can actually take on Hillary Clinton and win? As far back as February, Paul was already working on these credentials. He started by calling former President Bill Clinton a “sexual predator” in interviews. His point was that Democrats should be called to account for Clinton’s personal life if they wanted to claim to be champions of women.

Those jabs were widely condemned as political malpractice, a misfire aimed at a popular former President for failures that were long ago digested by the public. “I’m not sure he has a strategy,” Karl Rove jabbed on Fox News. “Frankly, Rand Paul spending a lot of time talking about the mistakes of Bill Clinton does not look like a big agenda for the future of the country.”

Paul never really let up. For weeks in February, he found himself in headlines pitted against the presumptive Democratic nominee.

In a crowded field, he was in pole position—where he remains to this day. 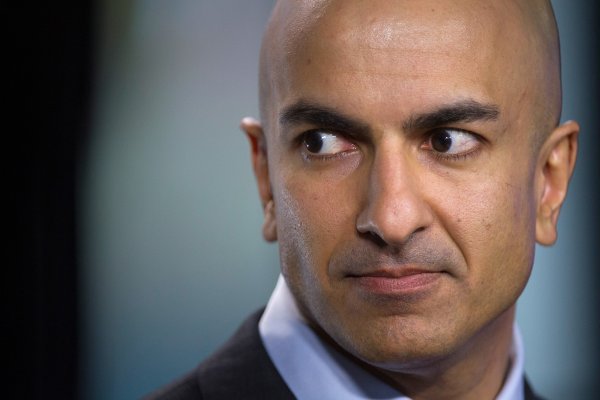