When Taken was released in January 2009, the immediate reaction of almost everyone who saw it was, “This is the sort of movie that Liam Neeson should be in.” In the film, Neeson was a total badass. He spent 93 minutes speaking halfway above a whisper while conveying the menace of a group of men screaming at the tops of their lungs. Neeson killed dozens of henchmen in nearly every way imaginable, all in the name of rescuing his kidnapped daughter — never once breaking more than a light sweat. He was a superhero without the cape or mask. He had no need for them. He told his foes exactly what he would do to them if they didn’t return his daughter, and then he went and did it. Curtains.

Had well enough been left alone, Taken would likely be remembered as one of the best action films (up to this point) of the 21st century. But because it made a quarter-billion dollars at the global box office, well enough could not be left alone. Instead, we got Unknown (Taken with identity theft), The Grey (Taken with wolves), Taken 2 (Taken, but Taken-ier) and Non-Stop (Taken on a plane). Sure, that’s oversimplifying things a bit, but not by much. In each one (all released in the last five years), Neeson plays a gruff protagonist who must save someone — or someones — with his hidden and unparalleled set of “skills” (in Liam Neeson movies, “skills” are almost always the ability to kill enemies in a variety of totally badass ways). None were as good as Taken, no matter what Rotten Tomatoes says about The Grey.

Maybe the problem is that even though Neeson’s tough guy films since Taken have been pretty similar to Taken, they haven’t been identical to Taken. In one of Neeson’s upcoming film, he must protect his estranged child from a group of dangerous men. That’s actually not the plot of Taken 3 (coming to theaters Jan. 9, in which Neeson’s character will reportedly be framed for a murder he did not commit — rather than the many he actually has), it’s the plot of Run All Night, which recently pushed its release date back to April 17. It was initially suggested that the different plot for Taken 3 was conceived because the franchise had already gone to the well one too many times — though the early reports about Run All Night indicate that the original plot may have simply been moved to a film with less name brand recognition.

This isn’t to say that Run All Night won’t be enjoyable. It co-stars Joel Kinnaman (Robocop, The Killing) as Neeson’s son and Ed Harris (most recently of Snowpiercer) as the big bad, as well as Vincent D’Onofrio, who’s stayed remarkably busy since Law & Order: Criminal Intent went off the air a few years back. All of that bodes well. But when even Taken is abandoning its tried-and-true formula, it feels like an omen that Neeson should try to branch out a bit more. The man starred in Schindler’s List. He’s also got the rather familiar-looking A Walk Amongst the Tombstones due out in next month as well, so we should be fully saturated with Liam Neeson: Soft-Spoken Action Hero by next April, if we weren’t already.

What I propose is this: Neeson and Colin Firth swap roles for, oh, say the next five years or so. And let’s make it retroactive to Magic in the Moonlight if for no other reason than a rom-com with Liam Neeson and Emma Stone sounds so refreshing. That should be enough time to cleanse our Taken palate before the inevitable Taken: The Return of the ReTakening sequel in 2019. I’ll be the first one in line. 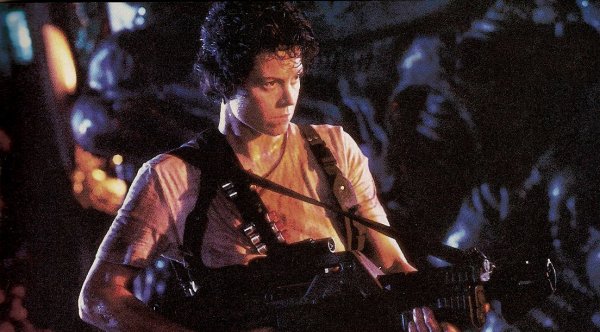 The Expendabelles: Dream-Casting the Upcoming Expendables Spin-Off
Next Up: Editor's Pick