Russia banned a wide array of food imports from Western countries Thursday in a spiraling sanction war amid the worst ties between Russia and the West since the Cold War.

A day after Russian President Vladimir Putin ordered the additional restrictions, Prime Minister Dmitry Medvedev said he signed a decree banning for one year the import of foods such as meats, cheese and vegetables from the European Union, the United States, Australia, Canada and Norway, the Associated Press reports.

“Until the last moment, we hoped that our foreign colleagues would understand that sanctions lead to a deadlock and no one needs them,” Medvedev said, according to the AP. “But they didn’t and the situation now requires us to take retaliatory measures.”

The restrictions follow the harshest sanctions yet imposed by the West last week targeting a large swath of the Russian economy, including finance, oil and defense. Those measures were intended to squeeze the already troubled Russian economy even further, after Russia seized Crimea in March and is suspected of continuing to support pro-Russian separatists in eastern Ukraine.

Medvedev also said Ukrainian airliners would be banned from flying over Russian airspace. He said such measures may be extended to Western airliners, some of which currently fly over Siberia from the U.S. en route to other parts of Asia. 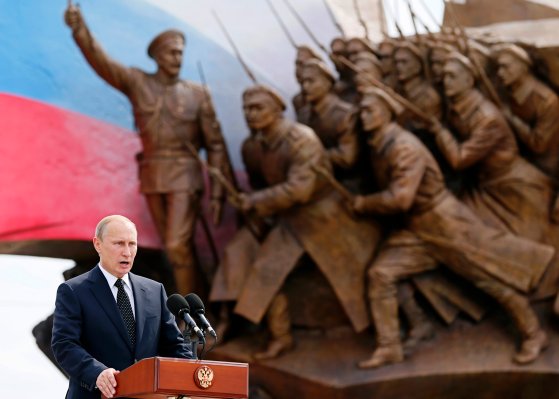 Putin’s Popularity Soars to 87% in the Face of Adversity
Next Up: Editor's Pick