REVIEW: Does The Hundred-Foot Journey Deserve One Michelin Star or Two?

With Steven Spielberg and Oprah Winfrey serving as producers, and a story that forges warm feelings between two generations of restaurant rivals, The Hundred-Foot Journey is on a mission to make you cry. Whether you oblige will depend on your fondness for, or immunity to, the gentler stereotypes of movie romance.

But there’s one shot that should bring tears of joy to anyone who thinks of food as something more than the stuff grabbed from a plastic bag and automatically consumed on a couch during a reality show. Early in the proceedings we are shown a plate of fresh vegetables, tomatoes mostly, that a pretty young French woman offers to weary Indian travelers. Artfully arranged and glowingly photographed, the comestibles would send moviegoers rushing avidly from the auditorium to the lobby — if the concession stand were a neighborhood stall run by Edesia, the goddess of banquets.

The food, traditional French cuisine or the livelier Indian masala, looks delicious: what Los Angeles Times writer Jenn Harris, in an interview with Indian-American chef Floyd Cardoz, calls a “sumptuous buffet of gastro-porn.” Although Harris was referring to the preparations by Cardoz and other cooks of the film’s incredible edibles, Spielberg and Winfrey wouldn’t mind if viewers applied the phrase to the whole movie. They want you to swallow, in one savory sitting, their tale of colliding cultures reaching an entente cordiale. That particular buffet demands a more generous palate.

Winfrey chose Richard C. Morais’ novel for her 2010 reading list and teamed with Spielberg, who had directed her in The Color Purple nearly three decades ago, to bring the story to the screen. As director they hired Lasse Hallstrom, who specializes in upmarket sentiment and in films with food-related titles: What’s Eating Gilbert Grape, The Cider House Rules, Salmon Fishing in the Yemen. His signature food movie was Chocolat, a highly caloric confection about an outsider (Juliet Binoche) who opens a pastry shop in a French village, horrifies the locals, outrages the mayor (Albert Molina) and eventually seduces all of them with her bewitching sweets. With Johnny Depp on hand as Binoche’s roguish ally, Chocolat became Hallstrom’s biggest box-office hit.

In The Hundred-Foot Journey, the outsiders are Papa (Bollywood stalwart Om Puri), his son Hassan (Manish Dayal) and their family of Mumbai restaurateurs, sent packing when their establishment is torched by fanatics and Papa’s wife (the great beauty Juhi Chawla) is incinerated in the fire. The French village they wind up in is the almost obscenely picturesque Saint-Antonin-Noble-Val, in the Midi-Pyrénées, and the wavering mayor this time is Michel Blanc. The family’s most obstinate rival — Mme. Mallory, who owns the one-star restaurant 100 feet across the street from where Papa sets up his noisy Maison Mumbai — is played by Helen Mirren with her chin held high in defiance; Queen Elizabeth might think Mirren’s manner too imperious. And Hassan finds love and competition with Mme. Mallory’s sous-chef Marguerite (Charlotte Le Bon).

The journey in the novel was essentially Hassan’s. A budding genius in creating dishes both Indian and French, he hopes to rise through the gastronomic ranks and become the most innovative chef at the hottest restaurant in Paris. He is a human version of Remy the rodent in Pixar’s Ratatouille, conquering French-foodie snobbishness with his culinary inspirations. Screenwriter Steven Knight, who has scripted modern crime movies (Eastern Promises) and stately period pieces (Amazing Grace), as well as directing the Tom-Hardy-in-a-car movie Locke, makes room for the Hassan story, but promotes age — the slow-boiling friendship of Papa and Madame — over youth and beauty.

(READ: Corliss on Tom Hardy, trapped in a car, in Steven Knight’s Locke)

Mme. Mallory’s interest in Hassan, once he convinces her of his expertise, is a matter of pride. For 30 years, her restaurant, Le Saule Pleureur (The Weeping Willow), has carried an honored but equivocal one star, out of a possible three, from the Michelin guide to French cuisine. She wants that second star and thinks the gifted Hassan can help her get it. (It happens that, a couple hundred miles to the east, in Monteux, there is an actual establishment by that name. An online reviewer wrote, “This restaurant has one Michelin star and easily deserves another.”)

As Madame, Dame Helen anglicizes aspects of two revered French actresses who might have been more suitable for the role: imagine a frosty Isabelle Huppert who thaws into Catherine Deneuve. Because this is a movie aimed at Americans, Mirren must speak English in a stern, borderline-ludicrous French accent — both to Papa and Hassan, who confer with each other in Marathi and speak perfect English but perhaps not French, and to her French kitchen staff. “In English,” she says to her balky chef Jean-Pierre (Clément Sibony), “so we can all understand.” This time, the royal “we” that Mirren used in The Queen means the non-francophone audience.

(READ: How Helen Mirren reigned and triumphed in The Queen)

If the poetry of this Franco-Indian alliance gets lost in translation, the visuals sing ecstasy in any language. Cinematographer Linus Sandgren, fresh from making the actors in American Hustle look fabulously tatty, brings radiance not just to each morsel of food but also to the dewy closeups of Dayal (born in Orangeburg, S.C.) and Le Bon (from the recent bio-pic Yves Saint Laurent) as the lovers-in-waiting. The movie revels in scenes of dappled soft-focus — you never saw so many dapples! — and punctuates the Spielberg-starry night sky with fireworks for every occasion. Though it must acknowledge Mama’s charred death, and a spate of anti-immigrant enmity (the scrawling of “French for the French” on a Maison Mumbai wall), the film is eager to seem good enough to eat.

The one moment of earned poignancy comes when Hassan goes across the street to work at Le Seule Pleureur, and Papa offers him his treasured box of Indian spices. “They have their own spices,” the young man says in the softest tones of renunciation. In a new land, the young must learn from their old-country past, use some parts and reject others, to become a success. That’s how you season the melting pot. At this moment, viewers may shrug off the glutinous manipulations of The Hundred-Foot Journey and give it a second star in the Michelin guide to comfort-food movies. 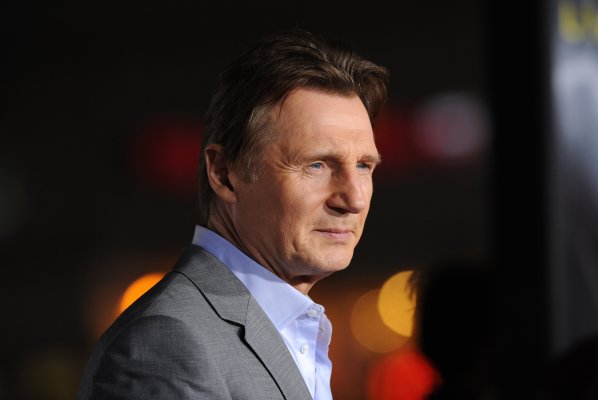