Call it inversion reversion. Or, don’t bite the hand that feeds you. After considering a tax-avoidance strategy by which it would buy a United Kingdom based company and move there to lower its tax bill, Walgreens is staying put in Chicago. But America’s biggest drug store chain is still going ahead and exercising an option to buy the 55% of the U.K.’s Alliance Boots that it doesn’t already own for $15 billion.

The combined company will be called Walgreens Alliance Boots and have 11,000 stores in 10 countries, plus a pharmaceutical wholesale and distribution network.

In remaining true to its Midwestern roots, Walgreens is eschewing the latest trend in corporate tax avoidance, known as inversion. Earlier this year companies including AbbVie and Mylan, have announced mergers with European based companies and intend redomicile there—that is, more their legal residence while pretty much staying put— because the tax rates are lower than the 35% corporate statutory rate in the U.S. Although the effective tax rate that most U.S. companies actually pay is much lower, the opportunity to replant a corporate flag in, say, Ireland, where the economy sucks but the corporate tax rate is 12.5%, has been too much to resist.

The corporate migration to foreign shores has been gaining momentum, led by pharmaceutical and medical companies. In addition to AbbVie and Mylan, Salix, Horizon Pharma and Medtronic have acquired firms in the UK, the Netherlands, and Ireland. Pfizer tried to buy the U.K.’s AstraZenica but was rebuffed. For the American multinational RX firms in particular, the lure of not repatriating foreign earnings, which would be taxed at U.S. rates, is powerful. By moving to Ireland, say, companies pay a territorial tax rate—that is, they are taxed only on domestic profits. The U.S. taxes corporations on their worldwide profits, which is one reason why many American multinational hold substantial profits overseas. According to the Congressional Research Service, a Pfizer inversion would have cost the U.S. $1.4 billion in lost tax revenues annually.

Walgreens said that it had given the inversion strategy careful consideration, as some of its stockholders had demanded. But in a statement, CEO Greg Wasson said the company concluded “it was not in the best long-term interest of our shareholders to attempt to re-domicile outside the U.S.” (Translation: the lawyers said no.) But Walgreens also acknowledged that as a U.S. company that derives almost all of its sales from U.S. consumers—not to mention from reimbursement from Medicaid and other government programs—it felt a patriotic tug, too.

U.S. Treasury Department Secretary Jacob J. Lew has been howling about corporations’ lack of “economic patriotism” and talking up retroactive legislation that can effectively undo some of the deals that have already taken place. Earlier this year, Treasury suggested changing the rules that govern such transactions. Currently, a company can take advantage of the tax benefits of an inversion deal only if the original U.S. stockholders own less than 80% of the new overseas company. Treasury wants to lower that threshold to 50% to make the deals less attractive. It also proposed denying tax benefits if the new entity is “primarily managed and controlled in the United States” regardless of the new shareholding distribution.

This is the second time in the last two decades that Treasury has led the charge to stem inversion schemes. In the 1990s and 2000s, companies such as Ingersoll-Rand, Tyco, the PXRE Group, Foster Wheeler, Nabors Industries, and Coopers Industries blew town to replant themselves in other nations, some in those great manufacturing centers known as Bermuda or the Cayman Islands. Congress put a halt to that naked tax dodging with the American Jobs Creation Act of 2004.

There is no disagreement among Democrats and Republicans that the corporate tax code needs to be overhauled to make it less complex and to impose tax rates that are competitive with other countries. “We want our tax code to have incentives for investing in the United States and disincentives for taking business out of the United States,” Lew said at a CNBC conference this week. That, however, will take another act of Congress, a body more inclined to do nothing. That would not describe America’s dealmakers and tax lawyers who continue to demonstrate that they have no aversion to inversion whatever. 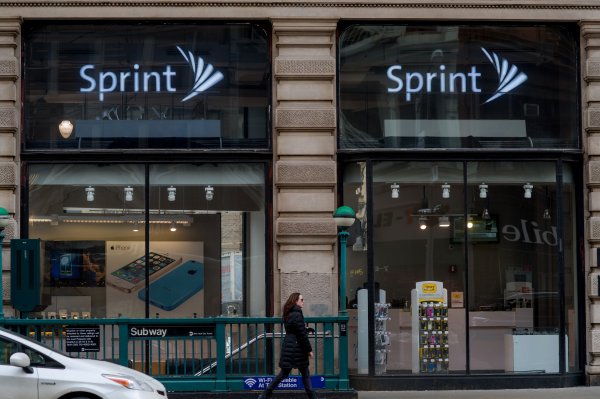