The Civil Wars Officially Split Up

Joy Williams and John Paul White, aka the country-folk duo known as The Civil Wars, have announced they are to “permanently part ways” after an extended hiatus.

Of course, the split — which the Grammy-award winning musicians announced on their website on Tuesday — doesn’t come as much of a surprise. In late 2012, the two abruptly halted their tour, citing “internal discord and irreconcilable differences of ambition.” What’s more, upon the release of their self-titled sophomore album in June, 2013, Williams was the only band member to make press appearances, while White stayed out of the limelight.

Each musician offered their own messages about the split in their announcement, with Williams writing, “I am saddened and disappointed by the ending of this duo, to say the very least. JP is a tremendous musician, and I will always be grateful for the music we were able to create together.” Meanwhile White refrained from mentioning his former musical partner, saying simply, “I would like to express sincere thanks to all who were a part of the arc of The Civil Wars—from the beginning, to the end, and all points in between.”

As a parting “gift” to fans, the two are offering a free download of their sorrowful rendition of “You Are My Sunshine,” which is available on their site. 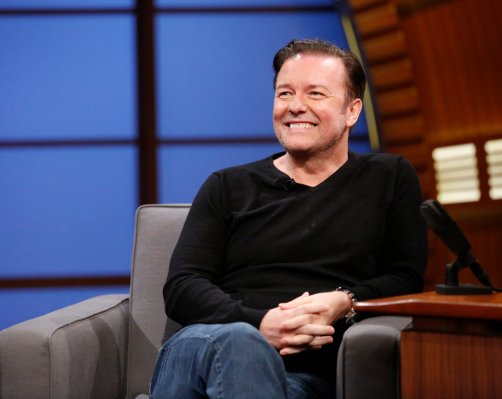 Ricky Gervais to Reprise Office Character in New Film
Next Up: Editor's Pick