Experts confirmed Tuesday what had long been whispered at a public library in the small town of Clinton, Illinois — a name written on a page in the book Types of Mankind was penned by none other than Abraham Lincoln.

On an early page of the book is written the name Clifton Moore, a local attorney and colleague of Lincoln, NBC Chicago reports. Below that note is one from a different attorney attesting that Lincoln wrote it in 1861, just before he was elected president. Lincoln is presumed to have written Moore’s name in the book to remind himself, or someone else, as to the identity of its rightful owner.

“There are certain letters of the alphabet that Lincoln wrote in a way that were not common to his era,” says the curator of Lincoln’s presidential museum James Cornelius. “A forger can typically do some of the letters in a good Lincolnian way. They’ll give themselves away on a couple of the others. This all adds up.”

The 700-page tome offers up the theory that different races on earth were created at different times and thus could not be equal and it was part of the natural order that Caucasians would enslave Africans and Native Americans. The book, published in 1854, was popular among racists and slave owners for lending support to their way of life.

Historians at the Abraham Lincoln Presidential stressed that Lincoln did not subscribe to the beliefs put forth in the book, but that racial division was a hot button issue at the time of his presidency and he was likely educating himself on opposing arguments.

“Everything we know about Lincoln’s legal, religious and scientific thinking tells us he rejected that argument,” adds Cornelius. 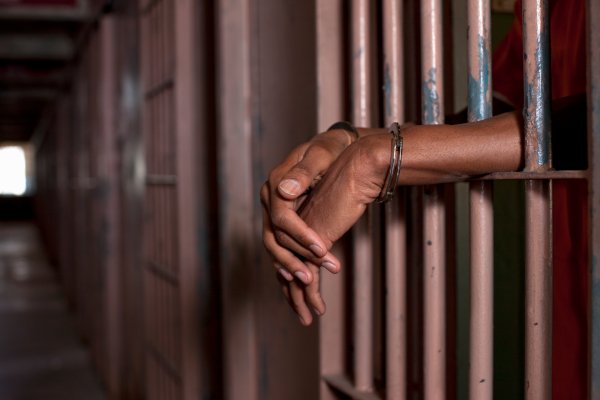 Study: Racial Inequality Largely Unchanged Since 1970
Next Up: Editor's Pick