The company’s movie studios continued to be a stellar over-performer, with operating income in that segment more than doubling year-over-year to $411 million. Disney’s divisions for consumer products and theme parks also increased their operating income by more than 20% year-over-year, to $273 million and $848 million, respectively. Disney’s video game division swung from a loss of $58 million to a profit of $29 million, while the earnings from the company’s television networks were essentially flat at about $2.3 billion.

Disney yet again attributed its monetary success to Frozen, which the company said experienced strong home entertainment sales. Films such as Frozen, Captain America: The Winter Soldier and Maleficent also performed better during the quarter at the international box office than Disney’s roster of films during the same quarter last year. However, this year’s Disney lineup was down at the domestic box office year-over-year.

On the TV front, the World Cup was a boon for Disney as it became the most-watched soccer event ever in the U.S., leading to gains in advertising revenue for ESPN. But Disney’s cable networks were down 7% overall in operating income, partially because of increased programming and production costs on the company’s flagship sports network.

The next quarter is already looking to be another winner for Disney, at least on the movie front. The latest film in the Marvel universe, Guardians of the Galaxy, opened to the largest ever August debut for a film last weekend. 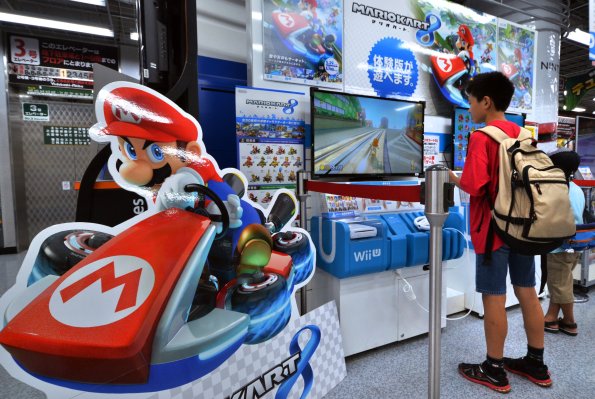 Nintendo had a rough start to the fiscal year
Next Up: Editor's Pick