The U.S. government believes that someone other than former National Security Agency contractor Edward Snowden has recently leaked secret national-security documents to the media, an official confirmed Tuesday.

The documents, published by the Intercept on Tuesday, detail the growth of federal terrorist watch lists. They were drafted after Snowden fled prosecution in the U.S. for Russia, when he no longer had access to classified intelligence networks.

CNN first reported that the government has assessed a second source of the documents. Classified as “secret” with instructions not to reveal them to foreign nationals, the documents would have been available broadly throughout the intelligence community and the military on the classified SIPRNet, the Secret Internet Protocol Router Network, the system predominantly used by former Army Private Bradley Manning to collect documents to pass to WikiLeaks.

That network is open to a vastly larger audience than the top-secret-level JWICS, the Joint Worldwide Intelligence Communications System, which was used by Snowden to gather as many as a million documents on some of the nation’s most sensitive surveillance programs. So far, just a couple of documents have been published, making it impossible to determine whether the source of the leak simply passed the Intercept a small number of documents or a larger contingent on the order of the previous leaks.

The published documents describe government efforts using the Terrorist Identities Datamart Environment (TIDE), a database used by federal state and local law-enforcement agencies to identify and track known or suspected terrorist suspects. The database has been subject to public debate and federal litigation, because of the secretive process that determines inclusion on this list.

The leaked documents say TIDE included more than 1 million people in June 2013, after Snowden had fled the country. The documents also detail use of the database in tracking possible combatants in the Syrian civil war and in providing security at events, like the Boston and Chicago marathons. A spokesman for the Office of the Director of National Intelligence declined to comment on the possible source of the leak. 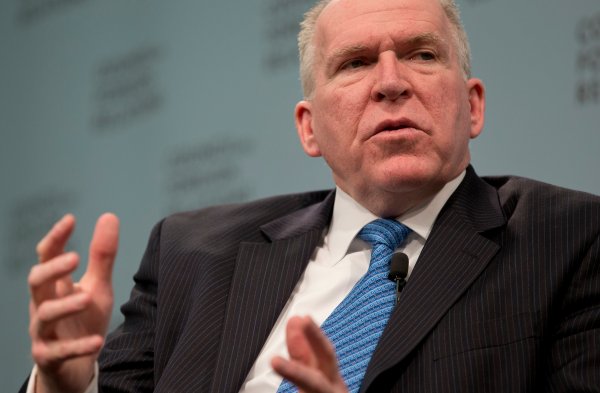 CIA Apologizes for Snooping on Senate Staff Computers
Next Up: Editor's Pick