Law enforcement agencies across the country collaborated in a recent series of sex stings that netted the arrests of almost 500 men seeking to buy sex and 14 pimps and traffickers, officials will announce Wednesday.

The police crackdown, part of an annual “National Day of Johns Arrests,” led to more arrests than any previous sex sting of its kind, officials said. Law enforcement agencies in 14 different states collaborated on the sting, which is part of an ongoing national pivot toward fighting the sex trade by punishing johns instead of prostitutes.

“If there was no demand, there would be no prostitution,” Cook County Sheriff Tom Dart, whose Chicago office has taken a lead role in organizing the crackdown, told TIME Tuesday ahead of its announcement. “It makes them understand that there are some consequences here. The public still perceives prostitution as a victimless crime, so we’re going about it this way to address the problem and raise awareness.”

Officials said 111 prostitutes were recovered during the operation, including 13 juveniles. The crackdown, which ran from July 17 to Aug. 3, led police to multiple cases of abuse. Seattle police recovered a 15-year old girl whose mother was attempting to sell her for sex. Texas law enforcement officials arrested a federal border patrol agent who was trying to buy sex while in full uniform, as well as a man who tried to pick up a prostitute with his infant child in the backseat. Of the 150 johns arrested in the greater Phoenix area, 91 were trying to buy sex off the website Backpage.com

Dart said the “National Day of Johns Arrests” only lasts for 18 days in order to show the scope of the problem, but also because there are practical constraints on resource allocation in different jurisdictions. “Law enforcement agencies have issues that are pulling them in a million different directions,” he said. “This shows what we can do in a narrow window of time, and speaks to the bigger issue of what’s happening the rest of the year.”

Dart said 53% of the arrested johns were married and 47% were college graduates. “The idea that these are a bunch of ne’er-do-wells could not be further from the truth,” he said.

The National Day of Johns is part of a national trend toward punishing men who buy sex instead of prostitutes who are sometimes forced to sell it. New York has already announced some measures to punish pimps more than trafficking victims, and to rehabilitate women who have been in the sex trade rather than imprison them. The shift has also gained traction internationally, with Sweden’s ban on purchasing sex instead of on selling it has becoming a model across Europe. 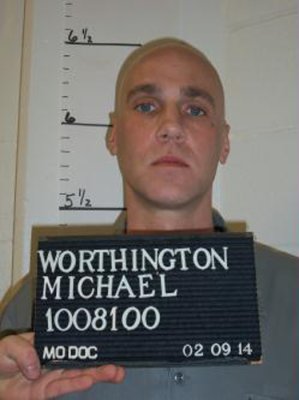