Between YouTube, Spotify, Beats and the blogosphere, there’s a lot of music out there — and it’s hard to sort the good from the bad from the just-buzzy. To help, we’ve assembled a list of pop, rock and R&B acts who are still under the radar, but are on the cusp of stardom (or should be).

Here are nine bands and artists you should check out now, so you can say you knew about them way back when:

While you may not recognize this 25-year old’s name yet, there’s little doubt that he will be everywhere soon. The uncompromising rootsy rocker has already played Letterman, earned accolades for his set at Lollapalooza, and was tapped by none other than Jack White to open on his most recent tour. Not bad for someone whose debut album hasn’t even been released yet.

The tracks on that soon-to-be released LP (out 8/19 on ATO Records) showcase a fiery talent and a fervent, emotional sound that feels like the album Chuck Berry would make if he listened to a steady stream of MC5 and the Stooges. While Booker’s foot-stomping, headbanging songs are best enjoyed live — he’ll be on the road much of the next few months — his album captures the raw energy and driving enthusiasm of a new star.

It’s not everyday that the winners of a mall talent competition makes the leap to Capitol Records. Yet siblings Georgia and Caleb Nott — local champions in their hometown of Nelson, New Zealand — have made that unlikely journey. The duo – who honed their skills during car trips with their musician parents, according to an interview in Nylon — ended up in the studio with Lorde collaborator Joel Little, the man behind Pure Heroine, to craft their first single, the chic and airy “Bridges” and a debut album, Evergreen, due out in October. The Notts have now swapped road trips with the family for tours opening for Haim and, soon, Sam Smith, earning fans around the world with their effortlessly mesmerizing songs. Based on their forthcoming album’s first single, the coolly minimalist “Mother & Father,” there’s little doubt that the Kiwi invasion of the pop charts will continue.

Feeling confident this morning? Let this sink in: These middle school metalers just signed a $1.7 million recording contract with Sony. If you don’t feel old enough yet, Malcolm Brickhouse, Jarad Dawkins and Alec Atkins all met in daycare. They waited a few years before picking up their axes and drum sticks and slaying Times Square with all-out grinding rock songs that are a throwback to ’80s era Metallica and Sabbath. They’ve already opened for Queens of the Stone Age and Motorhead, and plus the aforementioned record deal, they have a book contract with Penguin and have plans for a documentary tracking their journey. Now in eighth grade, the drums-guitar-bass trio is poised to dispel any notion that they are merely a novelty act. They’ve got chops and are more than happy to prove it.

Listen: “Free As You Wanna Be”

New York pop duo Jack and Eliza have an impressive pedigree, despite the fact that the life-long friends are still in college and have only been making music together for two years. She won the John Lennon national songwriting prize at 15 — the youngest person ever to do so — and now, as rising sophomores at New York University and Columbia University, respectively, Jack and Eliza are signed to Yebo Music and prepping their debut EP with help from producer Chris Zane (The Walkmen, Passion Pit, Mumford & Sons). The five songs on the EP, due out on September 23 — especially the lead single, “Hold the Line” — manage to hit the sweet spot between the Shins and the Mamas and the Papas. The summery, charming tracks are retro but still feel modern, showcasing the duo’s sparse, intertwining vocals and impressive songwriting prowess.

The tracks on the Leeds-based quartet’s just-released debut album, Gist Is, are slowly meandering and expansive with a tendency to veer into prog rock. The album is intricate and dense, relying on layers and rhythms more than hooks or repeating choruses. While prog rock and its contemplative, math-y ilk aren’t necessarily fashionable, the band’s work is something that fans of Bon Iver, King Crimson, Dirty Projectors or even Frank Zappa will likely appreciate.

The Brazilian-born DJ/producer is bringing a new kind of funk to the world — and with M.I.A.’s seal of approval, the world should listen. Heavy Baile is Justi’s take on Baile Funk, the bass-heavy Brazilian beat that combines the best of dancehall, club music and funk into an irresistible dancefloor siren’s call. “Baile Funk, favela made funk, just owns Rio,” he told THUMP — but Justi took that funk and added his own global spin to it. On his new mixtape, also named Heavy Baile, Justi infuses Baile Funk with an international feel: Detroit-techno beats, a Miami club vibe and British drum-n-bass thumpers. Signed to the venerable Waxploitation Records — who launched the careers of Danger Mouse and Gnarls Barkley — he is ready to bring his Rio-inspired music to the world.

On her just-released debut album, LP1, FKA twigs proves herself to be one of the most refreshing voices in R&B. Songstress Tahliah Barnett has serious vocal skills, and she’s not afraid to use them in unexpected ways — swooping in to breathily sing into the microphone before dashing into the background to finish the line, creating an idiosyncratic rhythm out of words. The songs are challenging and experimental, but also familiar, as she casually wades into well-trodden pop waters to sing about love and sex with a synth-and-sigh twist. LP1 is a fully confident pop album built on the tension between her ethereal vocals and concrete song structures paired with hard-nosed lyrics.

It’s a rare that a band comes out of the gates with a stadium-ready anthem, yet Portland, Ore. act Priory has pulled off the trick with their party-ready track, “Weekend” and its singalong, universally-appealing chorus: “Hell yeah, I just got paid.” If the band was better known, this track would probably be battling Paramore’s “Ain’t It Fun” for runner-up song of the summer status. Priory released their first record back in 2011, but it was their new material — filled with sweeping choruses, bristling guitars and stomp-worthy melodies that stretch folk guitar to its extreme — that got them signed to Warner Bros. While their major-label debut has yet to be released (Need To Know is due out November 4th) it will be interesting to see what other tricks the band has up their sleeves.

Fronted by the charismatic lead singer Monica Martin, the six-piece band crafts easily engaging songs perfect for lazy summer (or fall, or winter, or spring) afternoons. With the help of fellow Wisconsinite and Bon Iver collaborator Brian Joseph, their debut album features soulful, whistle-worthy songs with nimble instrumentation: the tracks are spiced up with everything from banjo picking to a string quartet, all lushly layered around Martin’s smoothly smoky voice. Their debut is cohesive and compelling.
Listen: “Slow Motion”

MORE: The 7 Female Rappers You Should Be Listening To Right Now 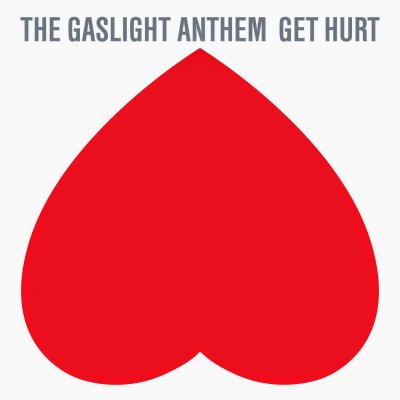 REVIEW: Gaslight Anthem Switch Up Sound With Get Hurt
Next Up: Editor's Pick