Rich Moms of the First World, Stop Fighting About Breastfeeding

In 1969, my mother’s obstetrician advised her not to breastfeed, claiming it was “for the natives.” My older brothers and I were fed with formula. Her mother, in 1942, was not even presented with the option to nurse, pejorative or otherwise. Fashion is fashion, and people tend to follow it. When my baby was born, in 2009, we struggled. No fewer than four lactation consultants offered conflicting advice. My supply was low because his latch was problematic. His latch was problematic because my supply was low. My supply was low because I was depressed. I was depressed because my supply was low. Friends donated breastmilk, we supplemented with formula, I tethered myself to a breast pump. Eventually, we worked it out, and nursed for a good long while. How long is another minefield altogether.

Our emotionally charged, exhausting postpartum marathon seemed over-the-top to some. “No one will judge you if you give up,” I was told. “Formula is fine.”

But I did not want to give up. Not to prove a point, but because I felt certain that nursing was worth the struggle. The imperative to persist was fierce; my refusal to cede power and authority over my body and its capacities surprised even me. I wanted to nurse my child. I wanted to buck a rather sorry legacy of appalling misinformation. I wanted to reclaim what had been taken from and surrendered by so many women before me.

I did not favor hiding out under blankets or in another room when I nursed – to do so felt like a way of acquiescing to a specifically female brand of shame, and I was not ashamed. Nasty looks and comments and lame jokes were regularly tossed my way. So this is how much we fear and loathe and yearn to control women’s bodies. So this is why America alone among 118 countries voted against the World Health Organization’s 1981 campaign to regulate the marketing of infant formula.

In a history of baby feeding published in The New Yorker in 2009, Jill Lepore shared a profoundly simple insight: “When the rich eat white bread and buy formula, the poor eat brown bread and breast-feed; then they trade places.”

World Breastfeeding Week aims to “focus and facilitate actions to protect, promote and support breastfeeding.” A righteous and crucial goal. On the brochure, two women in colorful ethnic garb are pictured nursing their newborns. “The natives” referenced by my mother’s obnoxious OB have suffered gravely thanks to the unconscionable and relentless efforts of formula marketing since the mid-twentieth century. What cruel irony.

After Birth, coming in 2015
Courtesy HMH

We’re not talking about Pacific Heights or Park Slope, where women of great means and low infant mortality rates love to snipe about one another’s choices for sport. We who crow about our choices speak from great privilege, and our arguments grow quickly tiresome. Information, professional guidance, and support networking for expectant/nursing moms is proliferate in the here and now; women who choose not to avail themselves of said information must be acknowledged to be making a different kind of choice altogether.

Every mother I know indulges in some degree of shame about breastfeeding. Shame, it seems, is the primary directive. Didn’t nurse at all? You must be ignorant and/or selfish. Didn’t nurse long? What a pity. Nurse in public? You’re making others uncomfortable. Adore nursing? Keep quiet lest you become an irritating prostelytizer. Nursed too long? That’s disgusting. The pendulum swings this way and that, but a constant is that women of means get to “choose” whether or not they nurse, then get grief from absolutely every angle.

The actress Olivia Wilde recently posed for photos in an evening gown nursing her 3-month-old. “Breastfeeding is the most natural thing in the world,” she said. Wilde is educated and fortunate and has excellent choices. If a woman of her station were to choose not to breastfeed, there is clean water and room in the budget for formula. Globally, the problem has little to do with women like me nursing or not nursing or nursing in public or nursing through toddlerhood and beyond or nursing glamorously in the pages of a magazine. The problem is that everyone wants to be an authority on how women’s bodies are used, and it doesn’t take much more than a cursory glance at history to see what ridiculously repetitious, needless harm has come from that.

“Nothing in nature is more natural than anything else,” wrote the philosopher Adam Phillips. There have always been women who couldn’t or wouldn’t nurse their babies; wet nurses were once highly valued professionals. Nursing may be right as rain, but so too can be, say, adoption. Not to mention the all-too human impulse to profit off attempts to subvert or “improve” upon nature. Nestlé put the wet nurses out of business, and now we have organic formula and non-toxic bottles and adorable accessories galore. Lucky us. Our babies don’t often wind up with dysentery.

Elisa Albert is the author of The Book of Dahlia and a collection of short stories, has written for NPR, Tin House, Commentary, Salon, and the Rumpus. She grew up in Los Angeles and now lives in upstate New York with her family. Her latest novel, After Birth, is forthcoming in February 2015. 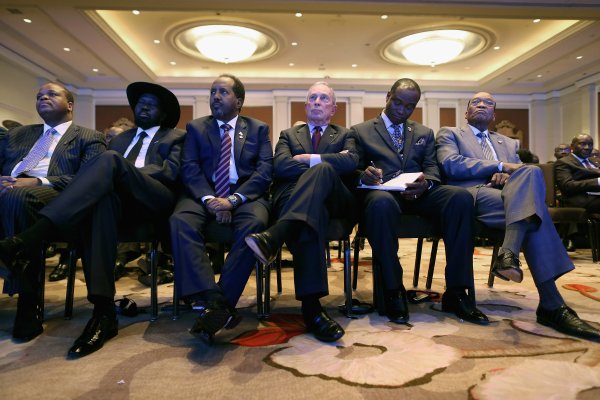