Look, if Jeff Goldblum is at your wedding, it’s perfectly understandable that you’d see that as an opportunity. An opportunity, for example, to take an awesomely over-the-top Jurassic Park-style wedding photo.

Photographer Adam Biesenthal captured the shot at the request of the groom, Esquire reports. (The dinosaur was photoshopped in later, obviously.) Goldblum was attending the wedding of Pamela and Jesse Sargent, who are friends of the actor’s fiancée, Emilie Livingston.

Biesenthal told Esquire that Goldblum was “a very cool guy, who when the groom asked him to do this shot he enthusiastically agreed.” In fact, he was one of the few people who really got into character for it. Everyone else was just smiling!

We can only hope he found a moment to throw in his famously weird laugh: 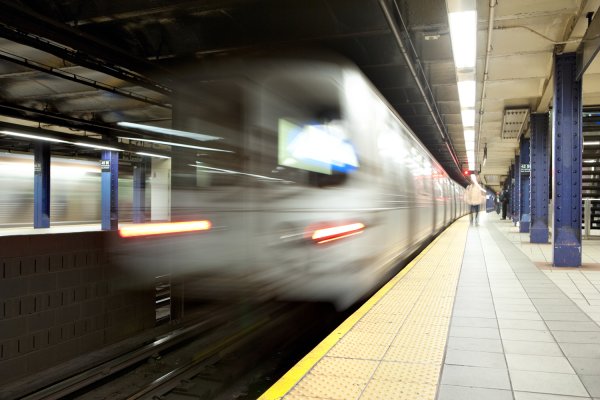 Pranksters Turn the NYC Subway Into a Spa
Next Up: Editor's Pick