In the race to deliver traditional television via the Internet, Dish Network has just reeled in another major entertainment company for its upcoming streaming service. The satellite TV provider announced Tuesday that it has secured the rights to deliver content from A&E Networks “over-the-top,” or via the Internet, rather than through cable or satellite service.

A&E Networks owns several well-known television channels, including A&E, Lifetime and The History Channel, among others.

The new pact follows a deal Dish signed with Disney earlier this year to get over-the-top rights to five of the entertainment giant’s channels, including ABC and ESPN. Dish has said it plans to launch an Internet-based TV service later this year that bundles about 20 to 30 channels together for between $20 and $30 a month. The offering will be aimed at adults aged 18 to 35, a cohort that is less likely to subscribe to traditional cable and satellite services than older consumers.

Many companies have tried and failed to deliver an over-the-top TV service that mimics traditional TV. Such a service could potentially be highly disruptive to the pay-TV industry, since it could be offered nationwide and introduce new competition in areas that have only a single cable provider. Intel abandoned plans to launch such a service, while a long-rumored Apple service has faced numerous reported delays. Other tech companies, like Sony and Verizon, have announced similar services, but have not publicly disclosed deals like the Dish-A&E arrangement. As the company in the space with the largest number of traditional pay-TV subscribers — 14 million — Dish may be best positioned to work out the necessary deals with networks to get their live content online once and for all. 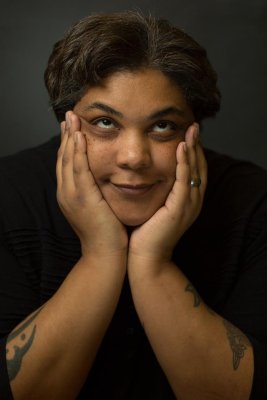 Roxane Gay's Bad Feminist Is a "Manual on How to Be a Human"
Next Up: Editor's Pick