A man is escorted off a Qatar Airways aircraft by police at Manchester airport in Manchester, England on August 5, 2014. A British fighter jet escorted a passenger plane into Manchester airport on Tuesday after the pilot reported that a suspect device was possibly on board.
Andrew Yates—Reuters
By Dan Kedmey

Fighter jets escorted a passenger plane as it came in for a landing at Manchester Airport on Tuesday, after the pilot had radioed in concerns about a “suspect device” on board.

Air traffic at the airport was suspended for 25 minutes as a Royal Air Force jet flew wing to wing with the passenger plane, believed to be a Qatar Airways Airbus A330 from Doha in Qatar, the BBC reports.

Emergency vehicles waited on the tarmac as the plane touched down safely and armed police boarded the plane and reportedly escorted one passenger off of the plane.

A man is escorted off a Qatar Airways aircraft by police at Manchester airport in Manchester on August 5, 2014.
Andrew Yates—Reuters

“We don’t know how genuine this threat is but it is absolutely vital we deal with the situation as a full emergency,” said Chief Superintendent John O’Hare of the Greater Manchester Police, according to the BBC.

Manchester police announced on Twitter that a suspect had been detained “on suspicion of making a hoax bomb threat.”

Eyewitnesses posted pictures on Twitter that appears to show a man being escorted from the plane by police and the fighter jet flying wingtip to wingtip with the plane. 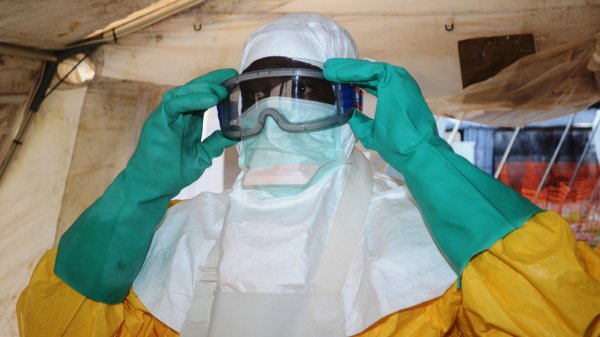