Roxane Gay is the gift that keeps on giving. The author released her riveting first novel, An Untamed State, back in May, and she already has a new book out: an entertaining and thought-provoking essay collection called Bad Feminist. In it, she covers of range topics from pop culture to politics, from Fifty Shades of Grey and Sweet Valley High to Wendy Davis’ filibuster and the deaths of Trayvon Martin and Oscar Grant.

Bad Feminist, she explains, is about reconciling contradictions — how to ask tough questions about the world and feminism while still “admitting to our humanity and enjoying sometimes inappropriate things.” Gay talked to TIME about Beyoncé, how to define feminism and writing about trauma on the Internet.

TIME: You wrote these essays between 2010 and 2013, but some of them feel especially of the moment — I was reading your essay about privilege while the Internet was having a passionate debate about the topic. Can you see the future?

Roxane Gay: I try to pay attention to what’s going on in our culture, and a lot of the issues I write about are ongoing issues, so it’s always interesting to see those issues come back to the public’s attention over and over. Privilege is something we’re increasingly talking about culturally because people are starting to say, “How do we acknowledge our privilege and acknowledge the ways in which we’re not privileged? How do we keep from stepping on each others toes?” It’s one of the many reasons why we’re having this conversation again.

I thought the essay did a great job of discussing the importance of acknowledging privilege while also critiquing the ways “check your privilege” gets thrown around. What do you think people misunderstand about that phrase?

I think that when people hear that phrase, they start to feel defensive. They feel like they have to apologize for some things they have no control over. You can’t control the fact that you are born a white man or born into wealth. When people say “check your privilege,” they’re saying, “Acknowledge how these factors helped you move through life.” They’re not saying apologize for it. But I think oftentimes, because we’re human, we hear these things and feel we have to apologize, and I think that’s where a lot of it is coming from.

One definition of feminism that you mention in the book is “women who don’t want to be treated like sh-t.” Is there one perfect definition out there?

No, I don’t think there’s one definition of feminism. I think there are multiple definitions of feminism. But at its core, I think it’s that women deserve certain inalienable rights in the same ways that men do. We have to look at reproductive freedom and making sure that the female body is no longer legislated. We have to look at the wage gap and think about race and class and sexuality and ability because we inhabit multiple identities. I think one of the most important things we can do as feminists is acknowledge that even though we have womanhood in common we have to start to think about the ways in which we’re different, how those differences affect us and what kinds of needs we have based on our differences.

Is there value in knowing whether young women in Hollywood identify as feminists?

Yes and no. The value in that is it’s important for more women to claim feminism so people can understand that feminism really isn’t a bad thing or something we need to avoid or be afraid of. But you know, I think that it’s a choice. It’s not something you want to force everyone to believe in. I mean, I would love for everyone to be a feminist, but I have to respect people’s choices. If you don’t want to be a feminist and don’t want to claim feminism, that’s entirely your right. But I think the more visible women that stand up and say, “I’m a feminist,” the better off feminism is going to be, and the better off women overall are going to be.

What did you think of the recent “Women Against Feminism” reaction happening on social media?

I thought it was absurd and sad, but everyone is entitled to their opinion. I disagree entirely and think feminism is what made it possible for them to make those kind of provocative statements. And in many of the young women making statements, I saw women who were saying very feminist things. Mostly I just thought, “How sad that they’re this ignorant.” It’s really ignorance that’s at play here, more than anything else.

Where do you even start with trying to combat that ignorance?

They start by understanding that feminism is just an idea. It’s a philosophy. It’s about the equality of women in all realms. It’s not about man-hating. It’s not about being humorless. We have to let go of these misconceptions that have plagued feminism for 40, 50 years. It’s ridiculous that we’re still having this conversation. “But I love men!” Who cares! It’s not about men at all.

I’ve been thinking a lot about Beyoncé in the past year and how she gets policed for being a bad feminist or doing feminism “wrong.” Do you think she’s a particular target?

Yes, I do. I think that anytime a woman is visible, she becomes a target. I think that Beyoncé is in a particular bind because she’s a big public figure and a role model and also, especially with her most recent work, very sexual and owning her sexuality. Whenever a woman owns her sexuality, it starts to make people uncomfortable. So what we’re seeing is a lot of discomfort, and people are confused because we don’t use a lot of nuance when we talk about our cultural figures when we’re either for them or against them. People are having a difficult time holding multiple opinions about Beyoncé at the same time. I think we’re seeing a lot of that pushback. Whenever a woman does something, we have to comment on it.

Your essay, “What We Hunger For,” is a standout. I didn’t expect a piece that starts off talking about The Hunger Games to transition into talking about personal trauma so seamlessly.

The feedback to that essay is some of the strongest feedback I’ve received on all of the essays. It’s been really wonderful because people found something they can relate to, especially this idea that I come to at the end, that reading and writing is sometimes more than reading and writing — there’s salvation in there and solace. I’ve been really overwhelmed and gratified by the response to the essay. And I think it speaks to my style. Light and dark are two opposites of the same situation. I think that you can start in one place and end in another, and one of the things I love about writing essays is doing that. It’s not something I plan, I just write my way to the unexpected place. When I get there, I realize this is where I go all along.

Is the Internet usually your first draft?

Not always. I find that because I start on Tumblr with no mission, the writing is often more interesting and stronger because I’m not sitting there with a deadline. I’m just writing for myself, so that’s where I do my most open and honest writing. The Internet works well because it’s so responsive and so immediate. I have some thoughts and I put them out there. When I do it on my personal blog, there’s nothing at stake. It’s just my blog, and as far as I’m concerned, no one’s reading it. So that really helps reduce some of the anxiety. I don’t feel a lot of anxiety about my writing, but definitely messing around on Twitter or writing on my Tumblr is just where I’m starting to work through things and figure out what I’m thinking or feeling.

Do you have those moments where you’re confronted with the fact that people are reading your work?

Yeah, definitely. Whenever someone points out something or talks to me about something they liked or that I’ve done, there’s this uncomfortable moment of oh wow. My delusion is really profound. People are reading these things, but I actively work on the delusion.

I’d imagine you’re having more and more of those moments.

I have. It’s been awkward! But yes, absolutely, it’s becoming harder and harder to maintain the delusion. But I’m working hard!

What was the ultimate goal for this book?

When I started to look at this body of work I had created over the past several years, there was a common thread. How do we question the world we live in and question the popular culture that we consume while also admitting to our humanity and enjoying sometimes inappropriate things? And having inconsistent ideas? This is a manual on how to be a human.

In one of your essays, you write, “I’m raising my voice to show all the ways we have room to want more, to do better.” You have essays that explicitly talk about feminism, but you also have essays about college-town life and your competitive Scrabble league — those seem just as important to include when it comes to this mission of speaking up.

I think that if you can’t find anyone to follow, you have to find a way to lead. I wouldn’t call myself a leader, but I’ll stand up and say I’m a feminist. I’m a bad feminist, but I’ll stand up and own my feminism. In each of these essays, I’m very much trying to show how feminism influences my life for better or worse. It just shows what it’s like to move through the world as a woman. It’s not even about feminism per se, it’s about humanity and empathy. 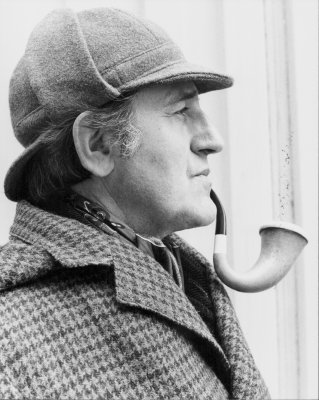