Villagers sit in front of their destroyed house following a massive earthquake in the town of Longtoushan in Ludian County in southwest China's Yunnan Province on Aug. 5, 2014.
Andy Wong—AP
By Melissa Hellmann

As rescuers continue to sift through the rubble left by a 6.5 magnitude earthquake that struck southwestern China’s Yunnan province on Saturday, heavy rain and landslides are slowing down rescue efforts and the delivery of desperately needed supplies to survivors — with worse weather to come.

Thunderstorms and torrential downpours are forecast over the next three days for Ludian County, one of the worst affected areas, forcing thousands of troops, police and other aid workers to race against time.

The death toll in what local officials say is the most destructive earthquake to strike the mountainous area in years is now 398, with 1,801 injured, China’s official news agency Xinhua reports. Over 411 aftershocks have also been recorded, some as high as 4.9 magnitude.

Around 80,000 homes have been destroyed, and 124,000 others seriously damaged, the Yunnan Civil Affairs Bureau said on its website. And though some 230,000 people have been evacuated, thousands more remain threatened by aftershocks, landslides and floods. A lake has formed near the Hongshiyan hydropower station and is rising at one meter per hour, engulfing homes, forcing further evacuations, and threatening several power stations downstream, the South China Morning Post reports.

Collapsed infrastructure means that many survivors have yet to be reached. “The blocked roads and the continuous downpours have made some disaster areas inaccessible for heavy relief vehicles,” Liu Jianhua, a local party official, told Xinhua.

A volunteer teacher in Longjiang Village, Huang Min, told the Post that the situation was desperate. “We’re in desperate need of food, water, tents and electricity,” Huang said.

Yunnan province is prone to earthquakes. A series of tremblors in 2012 killed 81 and injured over 800. 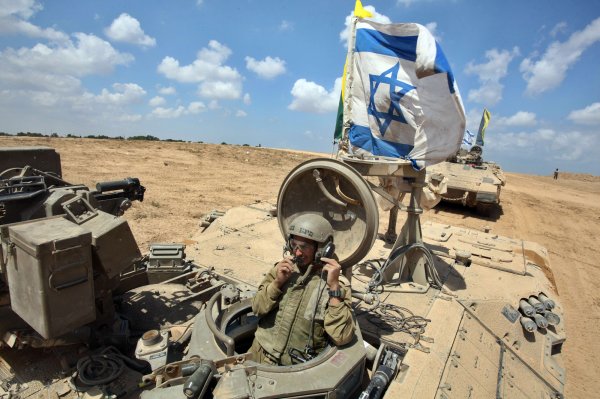 If the Gaza Truce Holds, What Then? 5 Possible Outcomes
Next Up: Editor's Pick