Attention, Sherlock Holmes fanfiction writers, you can still try and squeeze some money out of 221b Baker Street’s famous resident — the world of Sir Arthur Conan Doyle’s detective series remains in the public domain, despite repeated attempts from the late author’s estate to hold on to copyright claim.

7th Circuit Judge Richard Posner said the estate’s activities were basically “a form of extortion” in an Aug. 4 decision that sided with an editor seeking legal-fee reimbursement from the estate, Gawker Media blog i09 reports.

Last year, editor Leslie Klinger took the estate to court after it tried to block publication of a new anthology series unless it was paid a licensing fee. After a judge ruled that all stories published before 1923 were in the public domain, the estate made an appeal that was rejected by Posner, who noted that the estate was asking for 135 years of copyright protection and could be in violation of anti-trust laws.

“The Doyle estate’s business strategy is plain: charge a modest license fee for which there is no legal basis, in the hope that the ‘rational’ writer or publisher asked for the fee will pay it rather than incur a greater cost, in legal expenses, in challenging the legality of the demand,” Klinger wrote in his decision supporting Kinger’s request for reimbursement, which he called “a public service.” 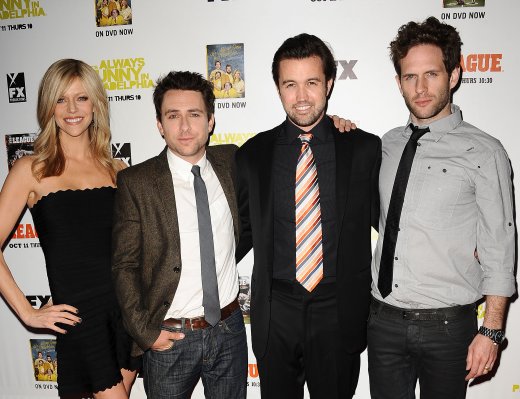 The Gang From Always Sunny Has Written a Self-Help Book
Next Up: Editor's Pick