An Alabama judge ruled Monday that a law requiring doctors who perform abortions in the state’s five clinics to have admitting privileges at local hospitals is unconstitutional, as it imposes an “impermissible undue burden” that amounts to total prohibition of abortions.

“The evidence compellingly demonstrates that the requirement would have the striking result of closing three of Alabama’s five abortion clinics,” U.S. District Court Judge Myron Thompson wrote in his decision. “Indeed, the court is convinced that, if this requirement would not, in the face of all the evidence in the record, constitute an impermissible undue burden, then almost no regulation, short of those imposing an outright prohibition on abortion, would.”

Supporters of the law, called the “Women’s Health and Safety Act” in Alabama, say abortion doctors need to have admitting privileges at local hospitals in case a patient has medical complications after an abortion. “By striking down the Alabama law that required abortionists to have admitting privileges to nearby hospitals, U.S. District Court Judge Myron Thompson is propping up incompetent, dangerous abortionists at the expense of the health and safety of the women in Alabama,” Kristan Hawkins, president of Students for Life of America, said in a statement. “It is a basic necessity to ensure the safety of women who are seeking abortions and to make sure their doctors are following standard medical procedures. To do anything otherwise would be to the detriment of women in the state.”

But the judge agreed with the plaintiffs, who were represented by lawyers for Planned Parenthood and the ACLU, that these laws have no basis in medicine—they’re opposed by the American Medical Association and the American College of Obstetricians and Gynecologists—and make obtaining an abortion unnecessarily difficult. “This ruling will ensure that women in Alabama have access to safe, legal abortion,” Planned Parenthood president Cecile Richards said in a statement. “And Planned Parenthood will continue to fight for our patients, because a woman’s ability to make personal medical decisions should not depend on where she lives.”

The 5th Circuit of Appeals struck down a similar law in Mississippi last week. “Pre-viability, a woman has the constitutional right to end her pregnancy by abortion,” Judge E. Grady Jolly wrote in his ruling, adding that the law requiring doctors to have admitting privileges “effectively extinguishes that right within Mississippi’s borders.” That court could only declare the law unconstitutional as it applies to Jackson Women’s Health Organization, the last remaining abortion clinic in Mississippi, and could not strike down the entire law, because it had been upheld by a 5th Circuit court in Texas. 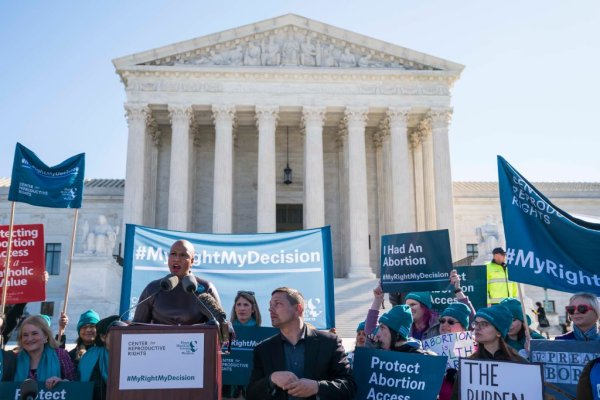