Who would have thought that Disney, the company that made its name with a parade of Caucasian princesses whose waists are smaller than their eyes, would set the record for the best-selling toy line based on an African-American character — and that this particular doll also happens to be a girl who’s interested in science? But it’s true. Merchandise based on the Disney Junior TV character Dottie “Doc” McStuffins, a young girl who plays doctor with her stuffed animals, grossed around $500 million last year.

Doc McStuffins is a miracle not only because she’s one of the few popular black dolls on the market but because she also has inspired all sorts of young girls to don stethoscopes during playtime. In an era when toy stores are divided ever more strictly into blue aisles for boys and pink aisles for girls, most of the STEM (science, technology, engineering and math) toys have ended up in the blue aisle. Girls, on the other hand, are stuck with chemistry kits to create their own makeup.

This may have had an impact on girls’ desire to enter the STEM fields and on the number of female engineers in the U.S. A 2009 poll of children ages 8 to 17 by the American Society for Quality found that 24% of boys say they are interested in a career in engineering while only 5% of girls are. “Wanting to be a doctor or architect or cook, that really begins when you’re young and walking around with a stethoscope or playing with an Easy Bake oven,” says Richard Gottlieb, CEO of toy-industry consulting firm Global Toy Experts, told TIME in November. No STEM toys for girls means fewer grown-up female scientists.

As parents have begun to complain about the dearth of science toys for girls, old companies and startups alike have responded with varying degrees of success. Buoyed by a viral ad campaign, GoldieBlox, an engineering toy designed for young girls, flew off the toy shelves last Christmas. The building blocks and accompanying storybook starring a blonde girl named Goldie aimed to make engineering more appealing and accessible to girls raised on boy TV characters like Jimmy Neutron and Dexter from Dexter’s Laboratory with off-the-charts IQs.

Meanwhile, Lego came out with a girls-only line of toys called Lego Friends after finding in 2011 that 90% of its consumers were boys and men. Seeing an untapped market, they created an entire universe called Heartlake, featuring teen girls who wear a lot of pink and work in pet salons. But thankfully one of the characters also has an invention workshop. The Danish manufacturer has also recently issued a line of female-scientist Legos in response to feminist complaints about Lego Friends.

And then there’s Barbie. Despite Mattel’s renewed efforts to tell girls they can “be anything” — dress her in an astronaut suit, business attire or a bikini — Barbie still has an impossible figure, feet designed for high heels only and platinum blonde hair. Girls think about looks, not occupation, when playing with Barbie. So it’s not all that surprising that studies have found that Doctor Barbie doesn’t make girls want to be doctors: girls ages 4 to 7 were more likely to identify ambitious occupations as “boys only” after playing with a Doctor Barbie doll for 10 minutes than they were after playing with Mrs. Potato Head for the same amount of time.

Which is why girls so desperately need toys like those from Doc McStuffins. The show features not only 7-year-old Dottie but also her doctor mom and her stay-at-home-dad and has been endorsed by organizations like the Artemis Medical Society, which supports physicians of color. Anecdotally, the No. 1 rated show among kids ages 2 to 5 is already having an effect: a recent New York Times article on the doll included interviews with little girls who are wearing lab coats to school.

It helps that Dottie isn’t just dressing up as a doctor — like Barbie — but is actually mimicking her mom and treating her toys. You can’t be what you can’t see, which is why Doc McStuffins’ (and Goldie Blox’s and the Lego Friends characters’) actions matter more than their outfits. 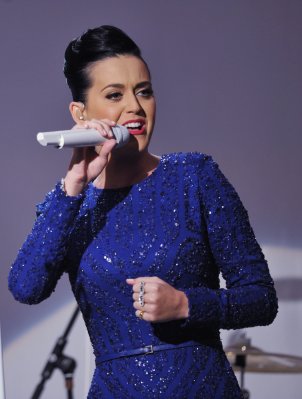