The ban, which began on Saturday, left thousands of residents of Toledo and surrounding areas without drinking water. Water tests showed a toxin, likely from an algae bloom, was contaminating a regional water supply from Lake Erie. Earlier on Monday, the Mayor had said the ban would remain in place. But he later raised a glass of the newly safe water in a toast to his city to prove that it was suitable to drink.

Bottled water was trucked in to the area while the ban was in effect, and the Ohio National Guard was purifying water for the residents, the Associated Press reports.

Officials had warned that drinking the contaminated water could cause symptoms like diarrhea and vomiting. Locals were told not to ingest it, use it to brush their teeth, or boil it. Ohio Gov. John Kasich had declared a state of emergency in response to the problem. 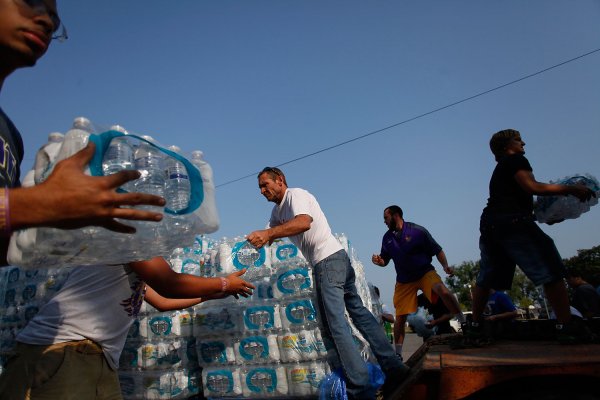 Toledo Set for Third Day With Drinking Water Ban
Next Up: Editor's Pick