BioShock Is Going to Be an iOS Game Later This Summer

Believe it or not, the original BioShock is going to be an iOS game, and you won’t have to wait for it until the end of this year or into 2015: 2K says it’ll be available “as a premium priced mobile game” later this summer, so by Monday, September 22. It’ll work with the iPad Air, iPad Mini 2, iPad 4 and iPhone 5 forward, though nothing earlier.

It’s not a pared back port, either, but the whole shebang, with “optimized touch controls” and support for MFi (Made for iPhone) game controllers. Wild, to think it’s been seven years — seven years — since Irrational Games’ opus (or magnum opus, if you like) turned someone’s golf swing into art.

We already know how wonky first-person shooters are on touch screens, and if you’re making a scrunched-up face and mouthing the word “Why?”, you’re having my reaction when I saw the press info about this version. I don’t want to play BioShock on an iPad or iPhone or iPod Touch with my thumbs. No one’s invented a touch interface precise or out of the way enough to make ports like this work half as well as keyboard/mice or gamepads, and no one ever will.

BioShock, tired as you may be of hearing it, is one of the highest-rated games of all time, and for my money, that’s right on target. I thought BioShock 2 when it came along wound up being the better-designed game with the more nuanced and interesting story, but BioShock was pretty incredible for its time, and if it does well in this space, who knows — maybe we’ll get lucky enough to see its sequel appear on iOS, too.

If you’re thinking about picking up an MFi to play this, remember that you want something with a thumbstick, not just a d-pad — ideally something that snaps onto the phone and isn’t separate from it (if you’re using the iPhone or iPod Touch anyway — the iPad’s a different story). Every time I spy something like this or this, where you’re having to grip the gamepad in both hands independent of the phone, I imagine someone wearing one of those neck supports harmonica players do. 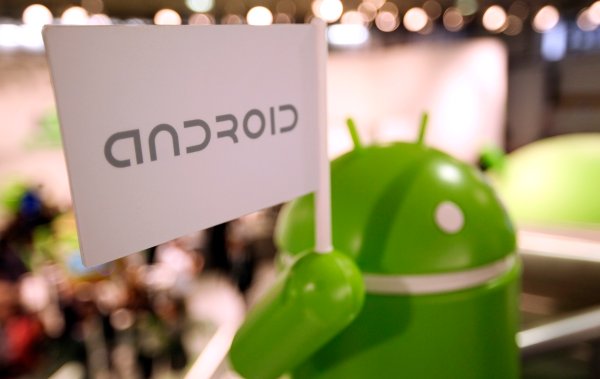 These Are the 10 Best Android Phones of 2015
Next Up: Editor's Pick