Hamas leader Khaled Mashaal dismissed claims in a new interview that the militant group in control of the Gaza Strip fires rockets into Israel from civilian neighborhoods and uses Palestinians as human shields.

In a wide-ranging sit-down with CNN that aired on Sunday, Mashaal called the group’s militants “disciplined” and disputed the idea that they intentionally fire on Israel from densely populated civilian neighborhoods in order to provoke Israel into killing civilians. “It is unfortunate that the U.S. administration and President Obama have adopted the Israeli narrative, which is a lie,” he said. “Hamas sacrifices itself for its people, and does not use its people as human shields to protect its soldiers.”

“Look at the results,” he added. “How many Israeli civilians did our rockets kill? Israel knows the number. Meanwhile, how many Palestinian civilians has Israel killed?”

At least 1,700 Palestinians have been killed compared to 63 Israeli soldiers during the nearly month-long war, he said. “We kill soldiers, combatants, while they kill civilians.”

Mashaal, who currently lives in exile in Doha, Qatar, claimed that Hamas is only responding to aerial, naval and ground attacks, and will stop doing so when Israel meets its demands. He told CNN that in order for any cease-fire to eventually endure, the blockade around the 1.8 million people in Gaza must be lifted—in the form of open borders, a working airport and an ability to use the sea. In response, he added, rocket fire from Gaza and tunnel-building into Israel could be stopped.

When pressed further on Israeli assertions that Hamas fires rockets from civilian neighborhoods and that critics say the group does it to earn international sympathy for a high number of civilian casualties, Mashaal quickly dismissed those claims, saying, “Hamas does not seek sympathy through its own victims.”

The interview on Sunday came before a seven-hour humanitarian cease-fire was implemented by Israel on Monday, announced after an airstrike near a U.N. school in Rafah left at least 10 people dead. 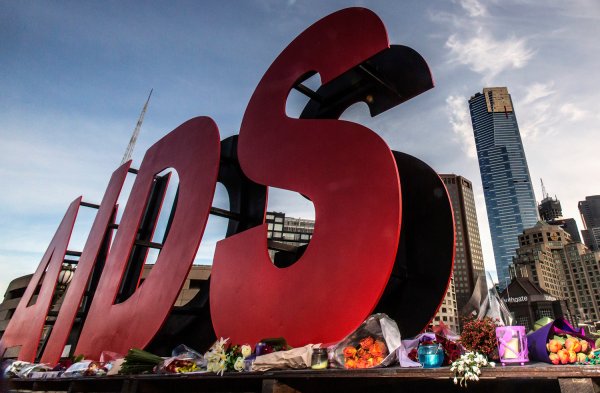