A sweaty suspect managed to slip away from cops in Wisconsin, according to local newspaper the La Crosse Tribune.

Jarel Jenkins was arrested on “several outstanding warrants,” handcuffed, and put in the backseat of their squad car, while cops went to look for his companion, who had apparently wandered off.

When the officers returned to the car with the other suspect, they spotted Jenkins running away and saw that the sliding glass window dividing the front and back seats was covered in sweat.

The arresting officer suspected that Jenkins — who had been “sweating profusely” when arrested — had slithered through the divider aided by the natural lubricant of his own perspiration, and escaped through the car’s front door. Police found a meth pipe in Jenkins’ bag, according to the complaint.

Jenkins was captured after a two block chase, and charged with escape, obstructing an officer, possession of drug paraphernalia, and bail jumping. The La Crosse Tribune also reports that Jenkins is “being held on a probation violation and faces extradition to Minnesota, where he’s wanted for giving false information to an officer.” 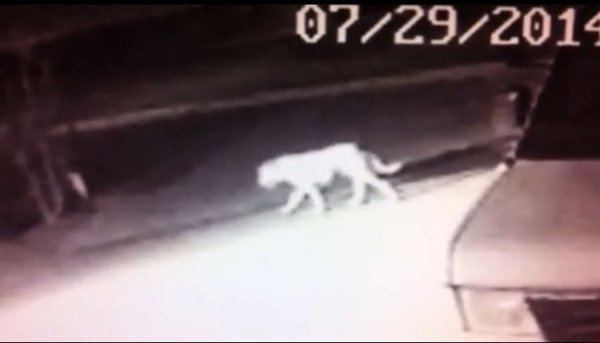