Osama bin Laden’s son-in-law testified Wednesday that he spoke with the al-Qaeda leader the night of the Sept. 11, 2001 terrorist attacks, and that bin Laden boasted about being responsible.

“Did you learn what happened? We are the ones who did it,” Sulaiman Abu Ghaith, a former al-Qaeda spokesman on trial for conspiring to kill Americans, recalled bin Laden saying. Abu Ghaith said that when he warned bin Laden the United States would not “settle until it kills you and topples the state of Taliban,” bin Laden brushed him off by saying, “you’re being too pessimistic.” Bin Laden was killed in an American operation in 2011.

Abu Ghaith’s comments came during surprise testimony, the Associated Press reports. He shared details of his encounters with bin Laden, who he met when he traveled to Afghanistan in June 2001. Abu Ghaith testified that he made videos threatening more attacks on Americans and attempting to rally more people to with al-Qaeda, using quotes and information from bin Laden. He said he did not intend to recruit more followers.

“My intention was to deliver a message, a message I believed in,” he said, according to the AP. “I was hoping the United States would say, ‘Let’s sit down and talk and solve these problems,’ but America was going on and doing what I expected them to do.” 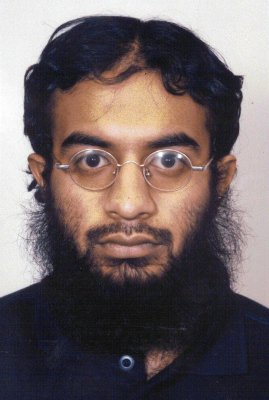 British Man Says He Brought Shoe Bombs on Planes After 9/11
Next Up: Editor's Pick