Israeli soldiers walk outside the Gaza Strip as they proceed towards Gaza August 2, 2014.
Baz Ratner—Reuters
By Nolan Feeney

Israeli Prime Minister Benjamin Netanyahu said Saturday that Israel will decide the future of its ongoing operation in the Gaza Strip only after Hamas-controlled tunnels linking Gaza and Israel are destroyed. Netanyahu added that Israel’s latest Gaza offensive could last as long as Israel considers necessary.

The prime minister’s comments came after Islamic militants in Gaza said they are not holding captive an Israeli officer who went missing while a Friday outbreak of violence ended plans for a 72-hour cease-fire.

“Until now, we have no idea about the disappearance of the Israeli soldier,” read a Saturday statement from the Qassam Brigades, the military wing of Hamas, the New York Times reports. “We do not know his whereabouts or the conditions of his disappearance … Our account is that the soldier could have been kidnapped and killed together with our fighters.”

Hamas suggested the officer might have been killed in an Israeli operation after a Palestinian militant’s suicide-bomb attack near the town of Rafah upped the Israeli military’s death toll to 63. Israel, meanwhile, says it believes the officer, 23-year-old Second Lieutenant Hadar Goldin, may have been captured.

Hamas claims Friday’s violence occurred Saturday around 7 a.m. local time, one hour before a cease-fire brokered by U.S. Secretary of State John Kerry and the United Nations was supposed to begin. Israel, however, says the attack took place later, at 9:20 a.m., and statements from Kerry and President Barack Obama on Friday calling for the officer’s release seemed to support that version of events while blaming Hamas for the disintegration of the latest cease-fire attempt.

The current conflict between Israel and Hamas fighters in Gaza has been raging for 26 days. The Gaza health ministry reports that more than 1,650 Palestinians, the vast majority of which civilians, have been killed in the nearly month-long struggle. Israel says 63 of its soldiers have been killed, while three civilians in Israel have been killed by Palestinian attacks. 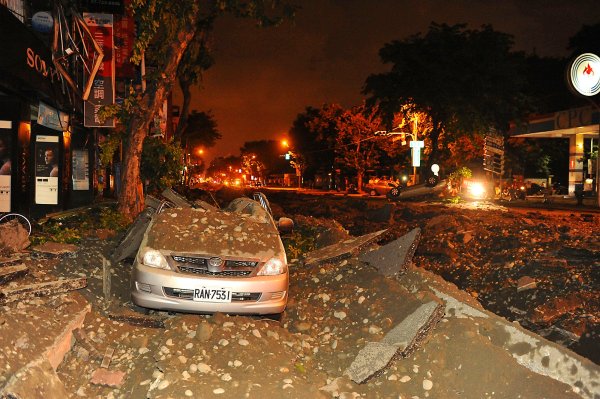 Taiwan's Gas Explosion Caught On Camera
Next Up: Editor's Pick