A crowd of college kids screamed and cheered, belting out chants and pumping their fists. The energy in the room was palpable. Some craned their necks to get a better view and others nudged their friends in excitement. The kids weren’t waiting for a rock concert to start or a celebrity to walk across the stage. They were waiting for Sen. Rand Paul (R-Ky) to kick off the annual Young Americans for Liberty (YAL) National Convention in Washington, D.C.

Almost 300 student activists for YAL traveled from around the country to convene for a five-day convention filled with talks about liberty and appearances by prominent libertarian leaders. The convention kicked off Wednesday evening with an address by Sen. Rand Paul followed by a House of Representatives panel, featuring six members of the House Liberty Caucus.

Speakers went on to talk about key libertarian party principles of personal and economic liberty, then touch on hot button issues for millennials, including the NSA, social security and the legalization of marijuana. The panel’s six congressional leaders detailed their personal journeys in politics and offered advice to the budding libertarian leaders. Rep. Thomas Massie (R-Ky) urged the student activists to “find more of you” and Rep. Mark Sanford (R-SC) told students to “be willing to lose.”

The discussion was more than just an advice session for aspiring college students. It was also a clear call for young people to help broadcast the Libertarian message and to recruit more of their peers to join the party.

“I keep reminding my Republican colleagues that if you want to continue to have a bunch of old people with old ideas in the Republican Party, we will no longer have a vibrant party,” Rep. Raul Labrador (R-Wisc.) said at the panel on Wednesday. “If we can invite young people that will actually bring new ideas and will bring energy to the party then we will be the dominant party in the United States.” 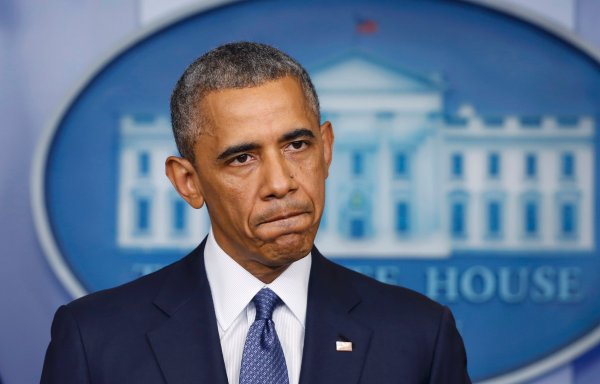 Obama: 'We Tortured Some Folks'
Next Up: Editor's Pick