Eric Garner Died from Chokehold While in Police Custody

New York City’s Chief Medical Examiner said Friday that Eric Garner, the Staten Island man whose death during a police arrest last month sparked charges of excessive force, died from a chokehold while he was in custody for allegedly selling untaxed cigarettes. The incident has been ruled a homicide.

Medical examiner spokeswoman Julie Bolcer said that the death was caused by “compression of neck (choke hold), compression of chest and prone positioning during physical restraint by police,” and that asthma and heart disease also played a role.

In a widely-seen video of the arrest, Garner, a black man, is physically restrained by several white officers, and can be heard saying “I can’t breathe.” The incident has sparked nationwide debate, with many commentators drawing attention to the role that race may have played. 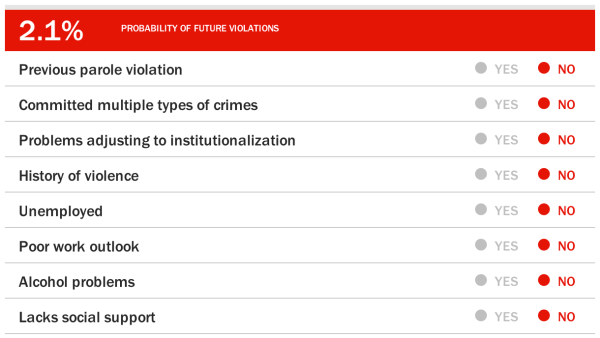 How to Predict Future Criminals
Next Up: Editor's Pick