Though Under Armour is known for commercials starring bulky, sweaty football players, its new women-focused ad campaign highlights a more graceful kind of competitor: the ballerina.

The first commercial in the campaign stars Misty Copeland, a soloist for the American Ballet Theater. The ad shows Copeland warming up, while the voice of a young girl reads real rejection letters that Copeland received. “You have the wrong body for ballet,” she says. And yet we see Copeland fly through the air and spin across the stage, determined to challenge her supposed fate.

Copeland, who was recently profiled by ESPN W, didn’t begin dancing until she was 13 and was quickly declared a prodigy. But her body type—larger breasts, bigger feet and, as you can see in the commercial, extremely muscular legs—kept her out of many prestigious dance programs.

Despite these challenges, Copeland became the second black soloist in the history of the most prestigious American ballet company by the age of 24. Hence, Under Armour’s slogan: “I Will What I Want.” 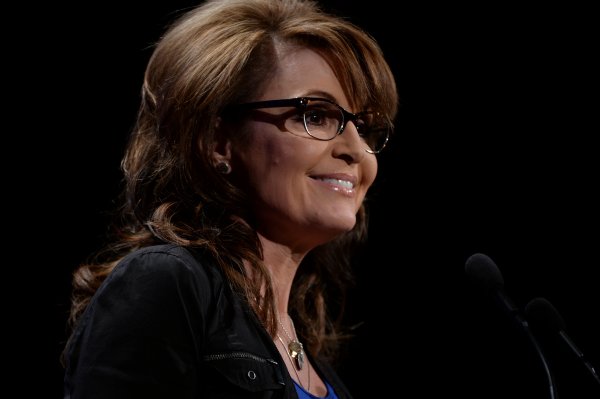 Why I'm Actually Pretty Psyched for the New Sarah Palin Channel
Next Up: Editor's Pick