Culture Change: How to Improve Your Workplace Culture

When a bunch of people get together, everything changes. Different rules apply.

I’ve posted about navigating office politics. Now what is all this talk about company culture?

Does it mean anything? And how can you create culture change?

For those who think “culture change” is just some buzzword, research shows culture actually affects profits. A lot.

As much as half of operating profit can be attributed to a company’s culture:

In his new book, The Culture Cycle: How to Shape the Unseen Force that Transforms Performance, HBS Professor Emeritus James L. Heskett attempts just that. “Organization culture is not a soft concept,” he says. “Its impact on profit can be measured and quantified.”

Heskett finds that as much as half of the difference in operating profit between organizations can be attributed to effective cultures. Why? “We know, for example, that engaged managers and employees are much more likely to remain in an organization, leading directly to fewer hires from outside the organization,” Heskett writes in the book. “This, in turn, results in lower wage costs for talent; lower recruiting, hiring, and training costs; and higher productivity (fewer lost sales and higher sales per employee). Higher employee continuity leads to better customer relationships that contribute to greater customer loyalty, lower marketing costs, and enhanced sales.”

What’s employee trust worth to a company? Potentially, an increase of 2.5% in annual revenue.

From Tony Simons, Cornell University professor and author of The Integrity Dividend: Leading by the Power of Your Word:

Hotels where employees strongly believed their managers followed through on promises and demonstrated the values they preached were substantially more profitable than those whose managers scored average or lower…No other single aspect of manager behavior that we measured had as large an impact on profits.

How Do You Define “Culture”?

Culture is a way of working together toward common goals that have been followed so frequently and so successfully that people don’t even think about trying to do things another way. If a culture has formed, people will autonomously do what they need to do to be successful.

Largely, it’s a matter of rewards and punishments — both formal and informal.

Is “pretty good performance” rewarded because we value efficiency or is it punished because we maintain a very high bar?

Neither is objectively better, it’s a matter of a company’s values.

Are jerks fired — even if they’re bringing in business? Or is the industry so competitive that rainmakers are exempt? Again, a case can be made for both.

Over time, employees realize that doing things one way gets rewarded and another way results in punishment.

Eventually the system is so internalized that these informal “rules” aren’t questioned and become reflex.

If these paradigms of how to work together, and of what things should be given priority over other things, are used successfully over and over again, ultimately employees won’t stop and ask each other how they should work together. They will just assume that the way they have been doing it is the way of doing it. The advantage of this is that it effectively causes an organization to become self-managing. Managers don’t need to be omnipresent to enforce the rules. People instinctively get on with what needs to be done.

Netflix is famous for a deck that explains their culture.

It’s notable in how consistent it is (Doing a good job and getting everything done? Then we don’t care how much vacation you take) and how frank (“Good” employees get a generous severance package so the company can hire “great” ones.)

But most company statements are BS. What is written down doesn’t matter if it isn’t enforced.

So if the top salesperson gets treated like a king — no matter how abusively he treats people, congratulations, that’s your culture, no matter what’s on slide 47 of the PowerPoint deck.

Cultures are formed by the behavior that is rewarded in a company, not words.

If you don’t articulate a culture— or articulate one but don’t enforce it— then a culture is still going to emerge. However, it is going to be based on the processes and priorities that have been repeated within the organization and have worked. You can tell the health of a company’s culture by asking, “When faced with a choice on how to do something, did employees make the decision that the culture ‘wanted’ them to make? And was the feedback they received consistent with that?”

Where Does Company Culture Come From?

In both good and bad cultures, it’s the people at the top.

What differentiates the two is setting values and then making sure they are consistently enforced over time.

John Kotter studied the relationship between culture and performance in over 200 companies. What did the good cultures have in common?

Via Corporate Culture and Performance:

These executives have hired and promoted people who have values consistent with those that are core in their cultures...if a subordinate clearly violated a core cultural value (such as failing to encourage leadership), even if he or she performed well by certain quantifiable measures, these executives were often willing to sanction that person severely… They were usually quick to spot a proposed compensation system or performance appraisal process that would not reflect the core philosophy of the firm.

How Do You Create Culture Change?

Treat company culture like you would your family culture.

Sounds corny but Clayton Christensen says that designing the culture of a company is no different that setting the rules for how your family treats each other at home.

Kids won’t have to stop and think about what Mom or Dad wants them to do— they’ll just go about it because their family culture has dictated, “This is the way our family behaves.” …Make no mistake: a culture happens, whether you want it to or not. The only question is how hard you are going to try to influence it. Forming a culture is not an instant loop; it’s not something you can decide on, communicate, and then expect it to suddenly work on its own. You need to be sure that when you ask your children to do something, or tell your spouse you’re going to do something, you hold to that and follow through.

Is this reasonable? Can this really create culture change? Actually, it’s the only system that does.

John Kotter’s The Heart of Change detailed a survey of 400 people across 130 companies in 4 continents showing that the secret to change within a company isn’t about fancy MBA strategy – it’s about changing the behavior of the individuals that work there, and you can only do that by addressing their feelings.

But let me guess: you’re not the CEO of your company. How can you improve things if you’re not in charge?

These are things anyone can do to make their workplace better:

1. Think first of the other fellow. This is THE foundation — the first requisite — for getting along with others. And it is the one truly difficult accomplishment you must make. Gaining this, the rest will be “a breeze.”

2. Build up the other person’s sense of importance. When we make the other person seem less important, we frustrate one of his deepest urges. Allow him to feel equality or superiority, and we can easily get along with him.

3. Respect the other man’s personality rights. Respect as something sacred the other fellow’s right to be different from you. No two personalities are ever molded by precisely the same forces.

4. Give sincere appreciation. If we think someone has done a thing well, we should never hesitate to let him know it. WARNING: This does not mean promiscuous use of obvious flattery. Flattery with most intelligent people gets exactly the reaction it deserves — contempt for the egotistical “phony” who stoops to it.

5. Eliminate the negative. Criticism seldom does what its user intends, for it invariably causes resentment. The tiniest bit of disapproval can sometimes cause a resentment which will rankle — to your disadvantage — for years.

6. Avoid openly trying to reform people. Every man knows he is imperfect, but he doesn’t want someone else trying to correct his faults. If you want to improve a person, help him to embrace a higher working goal — a standard, an ideal — and he will do his own “making over” far more effectively than you can do it for him.

7. Try to understand the other person. How would you react to similar circumstances? When you begin to see the “whys” of him you can’t help but get along better with him.

8. Check first impressions. We are especially prone to dislike some people on first sight because of some vague resemblance (of which we are usually unaware) to someone else whom we have had reason to dislike. Follow Abraham Lincoln’s famous self-instruction: “I do not like that man; therefore I shall get to know him better.”

9. Take care with the little details. Watch your smile, your tone of voice, how you use your eyes, the way you greet people, the use of nicknames and remembering faces, names and dates. Little things add polish to your skill in dealing with people. Constantly, deliberately think of them until they become a natural part of your personality.

10. Develop genuine interest in people. You cannot successfully apply the foregoing suggestions unless you have a sincere desire to like, respect and be helpful to others. Conversely, you cannot build genuine interest in people until you have experienced the pleasure of working with them in an atmosphere characterized by mutual liking and respect.

5 tips for being a better leader

What 5 insights can you learn from the best book on management ever? 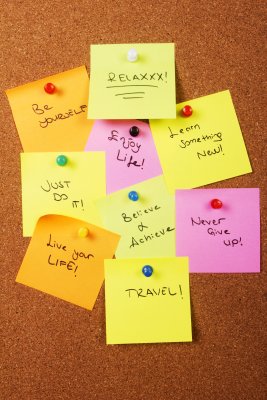 What Is Life All About? Using Business Strategy to Find Your Life’s Purpose
Next Up: Editor's Pick