We have different values and allies http://t.co/aJ1312jJNx

But while their exchanges have been sober, Putin’s deputy appears to have taken to Twitter with a more light-hearted jab.

A tweet from the account of Dmitry Rogozin, deputy prime minister of Russia, ridiculed Obama by juxtaposing an image of the Russian president with a cheetah and another of his American counterpart holding a puppy.

“We have different values and allies,” the tweet read. 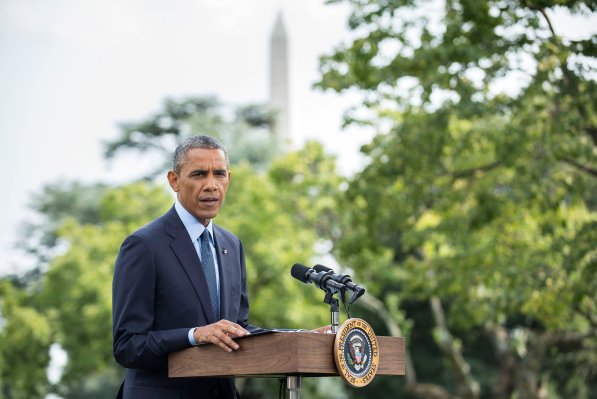 Obama: 'Not a New Cold War' With Russia
Next Up: Editor's Pick