A while back I rounded up a lot of the research and posted my four fundamental rules for increasing creativity.

But those aren’t all easy to do at the office.

The list includes getting drunk, taking naps and showers, and other stuff that could lead to a visit from the HR Hitman.

What are some research-backed creative thinking exercises that address the challenges of the modern workplace?

Here are 8. They’re unconventional, but they work.

Yeah, you heard me. Creative thinking exercise #1 is run and hide from your boss.

Not 24/7, mind you, but definitely when you’re trying to knock out something new and original.

…when a group does creative work, a large body of research shows that the more that authority figures hang around, the more questions they ask, and especially the more feedback they give their people, the less creative the work will be. Why? Because doing creative work entails constant setbacks and failure, and people want to succeed when the boss is watching–which means doing proven, less creative things that are sure to work.

#2) Actually, Hide from EVERYBODY

Research shows that individuals who generate ideas on their own and then meet with a group afterward come up with more (and better) ideas.

Not only did the solo students come up with twice as many solutions as the brainstorming groups but their solutions were deemed more “feasible” and “effective” by a panel of judges. In other words, brainstorming didn’t unleash the potential of the group. Instead, the technique suppressed it, making each individual less creative.

As group size goes up, creativity and effectiveness goes down.

Via Quiet: The Power of Introverts in a World That Can’t Stop Talking:

The “evidence from science suggests that business people must be insane to use brainstorming groups,” writes the organizational psychologist Adrian Furnham. “If you have talented and motivated people, they should be encouraged to work alone when creativity or efficiency is the highest priority.”

You’re more creative when you work from home.

If you can do creative projects there, you might be up to 20% more productive:

Research shows an organized office might make you behave better but a messy office can lead to more creative breakthroughs:

What’s that you’re saying? You work better with that last minute time pressure?

We found that on days of the most extreme time pressure, the professionals in our study were 45 percent less likely to come up with a new idea or solve a complex problem. Even worse, there’s a kind of “pressure hangover,” with lower creativity persisting for two days or more.

#6) Relax, Get Happy, And Daydream

(Tell people it’s another one of your “very serious creative thinking exercises.”)

After watching a short, humorous video— Beeman uses a clip of Robin Williams doing standup— subjects have significantly more epiphanies, at least when compared with those who were shown scary or boring videos.

Via The Progress Principle: Using Small Wins to Ignite Joy, Engagement, and Creativity at Work:

Our diary study revealed a definitive connection between positive emotion and creativity. We looked at specific emotions as well as overall mood (the aggregate of a person’s positive and negative emotions during the day). Overall, the more positive a person’s mood on a given day, the more creative thinking he did that day. Across all study participants, there was a 50 percent increase in the odds of having a creative idea on days when people reported positive moods, compared with days when they reported negative moods.

Via 100 Things Every Presenter Needs to Know About People:

Mind-wandering allows one part of the brain to focus on the task at hand, and another part of the brain to keep a higher goal in mind. Christoff (2009) at the University of California, Santa Barbara has evidence that people whose minds wander a lot are more creative and better problem solvers. Their brains have them working on the task at hand but simultaneously processing other information and making connections.

#7) Record Good Ideas In A Notebook

Research shows strokes of genius emerge over time, and the greats often kept track of them in notebooks.

Via Zig Zag: The Surprising Path to Greater Creativity:

Creativity started with the notebooks’ sketches and jottings, and only later resulted in a pure, powerful idea…Instead of arriving in one giant leap, great creations emerged by zigs and zags as their creators engaged over and over again with these externalized images.

And don’t write down every idea “no matter how crazy.” Rules help.

Via Group Genius: The Creative Power of Collaboration:

Researchers next looked for idea-generating rules that would work even better than Osborn’s. They told their subjects: “The more imaginative or creative your ideas, the higher your score will be. Each idea will be scored in terms of (1) how unique or different it is— how much it differs from the common use and (2) how valuable it is— either socially, artistically, economically, etc.” These instructions are very different from those given for classic brainstorming because people are being told to use specific directions in judging which ideas they come up with. Groups working with these instructions have fewer ideas than brainstorming groups, but they have more good ideas.

#8) Present Your Ideas To Colleagues — and FIGHT

This might be the shift from “creative thinking exercises” to “creative shoutingexercises.”

Which teams did the best? The results weren’t even close: while the brainstorming groups slightly outperformed the groups given no instructions, people in the debate condition were far more creative. On average, they generated nearly 25 percent more ideas.

(Here’s more on why everything you know about brainstorming is wrong.)

What seven things can geniuses teach us about being more creative?

5 quick things you can do today to boost your creativity 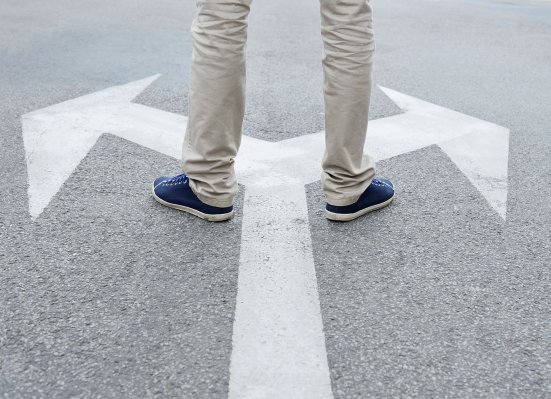 Being a Good Person: 5 Things That Can Help You Make the Right Choices
Next Up: Editor's Pick