The Truth About Ebola

By Aiah A. Gbakima , Jean-Paul Gonzalez and Nathan D. Wolfe

It was with heavy hearts that we learned Tuesday of the death of our colleague and friend Dr. Sheik Hummar Khan. Dr. Khan devoted his life to controlling hemorrhagic fever viruses, like the Ebola virus that brought his life to a brutally short end. His loss adds to the mounting numbers of our colleagues who have been taken by the current West African Ebola outbreak: Alex Moigboi, Iye Gborie, Mbalu Fonnie, Sahr Niokor. They were brave people who died in the service of their communities and their countries. Three other health workers are now positive for Ebola. We pray that they recover from this deadly disease. They are all heroes who continued to care for afflicted people despite knowing that their affliction was with one of the deadliest viruses known.

It is vital that our friends not die in vain. Rather than the fog of misinformation that currently surrounds this horrific outbreak, the world must understand Ebola for what it really is. The fear and ignorance that often surround it serve no one; only real knowledge and understanding will permit us to prevail. While devastating in its impact, the real enemy is not the Ebola virus or the animals from which it emerges. Whether on a local level in regions affected by the outbreak, or through the international media, ignorance and fear are our true adversaries.

While viruses like Ebola emerge relatively infrequently, we know a great deal about them. Ebola and the other hemorrhagic fever viruses like it kill dramatically and often painfully. As demonstrated through the current outbreak, they can have a devastating impact on local communities and can harm the countries and regions where they exist. Nevertheless, they definitely do not move like a common cold or have the potential to spread around the world igniting a global pandemic that will kill millions. Everything we know about Ebola suggests that it spreads in a limited number of well-defined ways, such as the intensive care of sick patients and the mortuary preparation of those that have succumbed to the disease. With circumscribed capacity to spread along with distinct, identifiable symptoms, this virus doesn’t have pandemic potential.

Ignorance and hysteria around this virus inflame its spread and thwart the development of systems that have the potential to stop it. Among the incredible challenges in the response to the current outbreak include misinformation and rumor. Lack of common knowledge about how Ebola spreads is causing some of the people in affected regions at greatest risk to shun health authorities and to avoid reporting the disease. Silence, denial and fear kill. Instead of permitting hard-working Ministries of Health to identify affected regions and anticipate future spread, they fan the flames.

But a lack of understanding in afflicted regions is not the only problem. The desire of the international media to attract viewers has led some careless journalists to focus almost exclusively on the fear-invoking mode of death from the disease. While it may increase their ratings, it lets the real culprits off the hook. Limited health infrastructure, insufficient numbers of trained health workers, too few fully equipped labs, and not enough education and preventative epidemiology are the sad realities that push this scourge on. The image of a victim coughing up blood creates stigma instead of engaging international viewers with the true and preventable human tragedy in these communities. It also distracts from one of the more disturbing facts associated with this outbreak, which is how wealthy communities feel content to live in a world where society spends more on eliminating wrinkles than with basic health infrastructure that could, among many other things, help quench an outbreak like the one we’re currently experience in West Africa.

While Ebola virus won’t be the next global Andromeda strain, there are viruses out there that could be. Coronaviruses (like SARS) and influenzaviruses (like the H1N1 virus of 1918) for example, show that some viruses truly can spread around the world in ways that will blindside and impact our entire planet. It is notable that a novel coronavirus, the Middle Eastern Respiratory Syndrome (MERS), and a novel influenzavirus, the H7N9 virus, receive very little attention from the international media. Perhaps as importantly, there are millions of still unidentified viruses in animal reservoirs, among which, almost certainly is a virus that we’d have no capacity to understand or stop were it to suddenly emerge today.

Our world is increasingly susceptible to potentially devastating epidemics. And the notion that all of them are the same is absurd. We need to understand the diversity of the viruses in nature. We need to double down on global activities that track new agents from their sources. We need to ensure that health infrastructure in emerging disease hotspots, which include some of the poorest regions of the world, have adequate capacity for surveillance and early detection. Capacity building and training aren’t sexy activities and they won’t make headlines, but they will stop the events that lead to the headlines.

Please join us in honoring the memories of our colleagues–not by seeing Ebola as a gory plague, but by respecting those on the front lines and empathizing with the countries and communities that are impacted. Encourage and fund the hard-working governmental agencies and NGOs that support development of epidemic response, epidemic preparedness and prevention, and critical training and infrastructure development. We have the potential to stop future generations of healthcare workers and communities from suffering from the devastation we’re currently experiencing. This will happen only if we join forces to prevent the outbreaks, as well as the fear and misunderstanding that surround them. 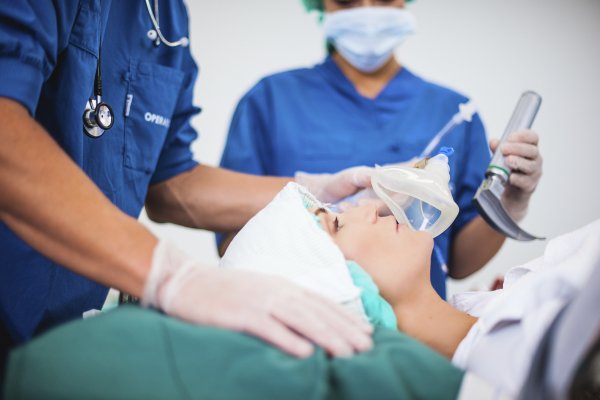 The Most Shocking Mistakes Hospitals Don't Want You to Know About
Next Up: Editor's Pick