My Gender-Neutral Childhood: Lessons in Raising Girls Who Succeed in Tech

Raised as the only child of Ukrainian immigrants, I never thought much about my childhood. It was certainly different from the way most of the other American kids I met grew up, and in a lot of ways, it seemed harder. (Imagine the wardrobe dilemmas of an immigrant teenager in 1980s San Francisco coming from a Soviet-bloc country, for instance.)

Lately though, I’ve been getting a lot of pointed questions about my upbringing: Did you play with Legos? Did you always love math? Were you allowed to study art, history and literature? The reason for the curiosity is clear. As a female tech entrepreneur in a predominantly male industry, people are interested in how my environment encouraged my academic and professional path toward technical learning.

More than ever, parents of young children are concerned about how to enable their children to succeed in a world where traditional occupations and industries have been upended by technology. Parents of girls especially worry that the best jobs will go to graduates who master science, math and technology education (the so-called STEM disciplines), which tend to attract more boys. We’ve all seen the media stories about the unemployed philosophy majors.

Recognizing that every child is different, I do believe that there are certain elements of my unconventional upbringing that prepared me to be comfortable and happy building a career in a technical field. All parents pour their hopes and dreams into their children, but I now know my parents invested in me in the right ways. From early on, they provided me with the right tools to continue developing myself as an older child, teenager and into adulthood. Based on my experience, below are my top five takeaways on how to prepare a child (and especially a girl) to be prepared for a technical career.

My parents did not encourage dolls, and I didn’t gravitate to them. I liked Legos and building things. My father was an engineer who designed toys in Russia. He and I would build miniature models of houses. We built whole cities with railroads and cars. The floor of my room was always crowded with our playthings.

I liked all kinds of sports. When I was younger, it was bicycles, badminton and ping-pong. I was always fast — faster than most boys early on. I loved ice skating, and because I was very fast, I could play hockey with boys. For this reason, I always had a lot of friends who were boys. I grew up comfortable around boys, confident in my natural ability and with very little fear.

3. Treat your sons and daughters as individuals, not as gender stereotypes.

As an only child, my parents gave me lots of attention and treated me purely as an individual — not like a stereotypical girl. My dad treated me the same as he would any son. We played hockey together, and he took me to sporting events.

4. Emphasize the importance of leadership at an early age.

My mother, a Russian-literature teacher, encouraged me to be a class leader and participate in class (even if I found the lessons boring). She and I had long talks about leadership. She impressed upon me the need to excel in school. Even a B was unacceptable. I became class president in elementary school and learned to enjoy leading others.

I practiced piano for two hours a day, loved the math olympiad and enjoyed solving logic problems in my spare time. These weren’t treated as nerdy or antisocial, but as valid and valuable pursuits to develop my mind and capabilities.

READ MORE: Cracking the Girl Code — Tech Giants Are Betting on Coding Camps for Girls to Close Their Gender Gap

Makagon leads product, engineering and operations teams at RingCentral, the cloud-based business phone company, where she is Executive Vice President of Innovation. She is a Silicon Valley–based serial entrepreneur who has co-founded several technology companies, including Octane (acquired by E.piphany) and RedAril (acquired by Hearst). Follow her @kiramakagon 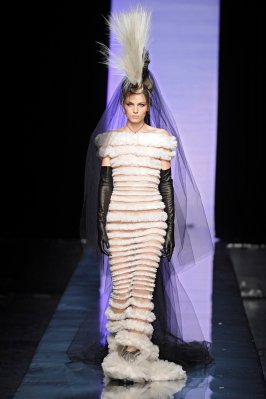 Fashion Model Comes Out as Transgender Woman
Next Up: Editor's Pick