As Time Runs Out, Congress Is Gridlocked on Immigration Reform

On Thursday, Republicans in the Senate stymied the bill that would have allotted $2.7 billion to resolving the issue of Central American minors illegally crossing the border into the U.S., which many politicians have deemed a national crisis.

The bill received 50 yeas and 44 nays, falling short of the 60 it needed in order to end up on President Barack Obama’s desk. In July, Obama had asked legislators for a comprehensive emergency plan dedicated to resolving the immigration issue.

Republicans, according to a CNN report, took issue with the legislation’s dearth of provisions concerning the deportation of illegal immigrants. A bloc of far-right Congressmen within the party also managed to successfully suspend the vote on a bill in the House of Representatives intended to facilitate the deportation process, deeming the legislation too moderate.

The squabbling has forced the House to delay its August recess by one day.

Not all was gridlocked in Congress, though. The Senate voted almost unanimously in favor of a bill that will provide the Department of Veterans Affairs with over $16 billion to address some issues concerning health care services for veterans, including reduction of delays and the hiring of more doctors. 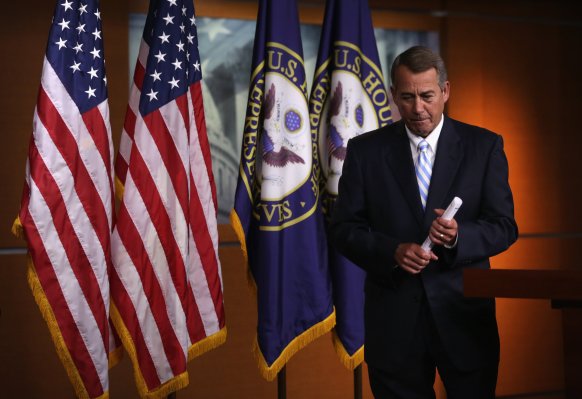