North Korean defectors and South Korean activists prepare to release balloons to let them fly to the North, carrying chocolate pies and cookies, at the Imjingak Pavilion in the South Korean town of Paju, near the border village of Panmunjom that separates the two Koreas since the Korean War, on July 30, 2014
Ahn Young-joon—AP
By Noah Rayman

A year after North Korea cracked down on Choco Pies — marshmallow-filled chocolate cakes originating in South Korea — activists in South Korea sent thousands of the beloved confections over the border via helium balloons, Agence France-Presse reports.

About 200 activists released 50 balloons carrying hundreds of pounds of snacks, including 10,000 Choco Pies.

North Koreans working in South Korean factories in a joint industrial zone received the confections as perks, but their rarity in the North boosted their value and they soon became a sought after commodity. By 2010, according to South Korean media, more than 2 million were traded on the black market every month (though it’s unclear how exactly that figure was determined).

Last May, authorities in Pyongyang ordered the factories to stop handing out Choco Pies.

“We will continue to send Choco Pie by balloons because it is still one of the most popular foodstuffs, especially among hungry North Koreans,” Choo Sun-hee, one of the organizers, told AFP. 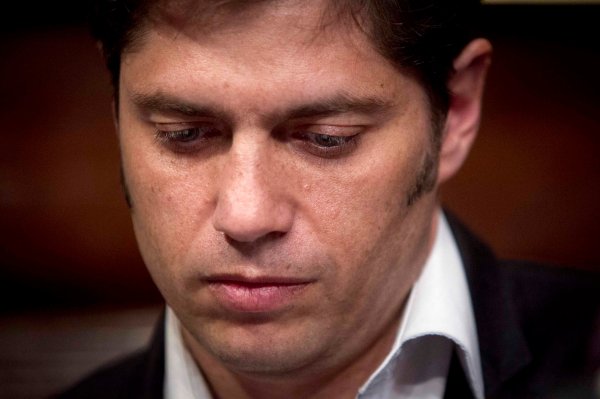 Argentina Defaults After Debt Talks Collapse
Next Up: Editor's Pick