Some of Chile’s biggest wine producers are working to revive the Pais grape that arrived in the country with Spanish colonizers but has since lost favor to more modern international varieties.

There are around 7,250 hectares of Pais planted in Chile, mostly in the country’s Maule and Bio Bio Valley regions. But, many wine lovers outside of the trade have probably never heard of it.

That is changing as producers develop a better understanding of how to work with the grape variety, also known as Mission.

‘It is a forgotten grape,’ said Patricio Tapia, a Regional Chair at this year’s Decanter World Wine Awards. ‘For decades, Pais was considered a minor grape only suitable for bulk wines, but now a small group of winemakers are taking Pais very seriously, producing fascinating and enchanting wines.’

Many Pais vines in Chile are more than 100 years old, and the variety is believed to have arrived in the country on Spanish colonial ships in the 16th Century.

Several hundred years later however, it is Carmenere that is considered Chile’s signature grape variety, alongside international favourites such as Cabernet Sauvignon, Chardonnay, Pinot Noir and Merlot.

‘We do expect more single varietal Pais [on the market],’ said Tapia, who has just launched the first English language version of his annual guide to Chilean, Argentine and Uruguayan wines, named ‘Descorchados‘. It includes information on winemaking trends, based on interviews and tastings with 250 wineries, as well as top wines to try.

Concha y Toro, Chile’s largest wine firm, is planning to launch a Pais and Cinsault blend under its Marques de Casa Concha brand in October this year. Marcelo Papa, the winemaker who is overseeing the wine, said the firm has been researching different winemaking techniques with batches of Pais.

One large producer already selling a single varietal Pais is Torres, a Spanish wine company that owns around 400 hectares of vines in Chile.

‘Chilean winemaking had a 300-year history before the arrival of Cabernet Sauvignon,’ said Miguel Torres Maczassek, Torres’ general manager. The company buys Pais from around 25 growers.

Pais grapes are known for their thin skins and some critics have likened the wines to French Beaujolais. Tapia described the grape as good for light, easy-drinking reds.

Torres Maczassek said advances in winemaking technology have helped to improve Pais quality. ‘You have to take care of the winemaking process, it’s important to treat the grapes with a lot of respect,’ he said.

Many growers are small-scale, family businesses who earn little profit. Some have applied for Fairtrade certification and – perhaps unusually for a large producer buying in grapes – Torres Maczassek said he has encouraged growers to form trade associations.

‘It’s so they can have more of a voice. It’s actually easier for us to talk to them if they are just one organisation,’ he said.

He believes Pais’ profile is set to rise on the international stage, which should help Chile against its wine producing rivals. ‘Many critics and connoisseurs are talking about this, and that is the first step.

‘To really show a true personality in the future, Chile has to have a point of difference to other countries. These old varieties can help.’ 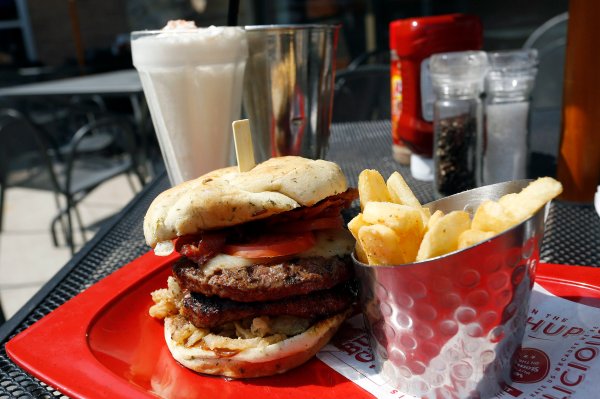 Behold the Unhealthiest Meal You Can Eat at a Chain Restaurant
Next Up: Editor's Pick