The last time Argentina defaulted on its debts it was announced at a packed session of Congress with the nation’s legislators hollering anti-imperialist slogans and singing the Peronist March, the battle hymn of the Peronist political party that has ruled Argentina for 24 of the last 31 years.

That 2001 default of $93 billion was considered a slap in the face of an international financial system that Peronism abhors and that it sees as saddling countries such as Argentina with unmanageable debt levels. But once the cheering died down, Argentina’s economy collapsed like a house of cards. All banks were closed by government order, destroying the life savings of millions and reducing Argentina to a cashless economy that for about a year relied on barter markets for the procurement of essential household essentials such as food and clothing.

By contrast, 13 years later, on July 30, Argentina went into default quietly, with its political leaders in a state of deep denial. “It’s not default,” claimed Argentina’s Economy Minister Axel Kicillof against all evidence at an improvised press conference in a small wood-paneled room of the Argentine consulate in New York.

Argentina’s blue-eyed 42-year-old minister, who has drawn sighs on the internet for his perceived good looks, disparaged the fact that the credit rating agency Standard & Poor’s had earlier in the day downgraded Argentina to “selective default” for failing to meet a payment deadline on its 2001 debt. “Who believes in credit rating agencies at this stage?” Kicillof sharply demanded.

Turning a blind eye to evident economic realities has been the Achilles heel of the Peronist government of President Cristina Fernández de Kirchner, who is facing a sharp economic downturn in the last 18 months of her second period in office. When inflation reared its ugly head a few years ago, Kirchner ordered the INDEC national statistics bureau to release grossly low inflation figures. Then she prohibited private economists from putting out their own more realistic estimates.

Similarly, only last week Kirchner remained in sharp denial of the default deadline. “They’re going to have to invent another name for it because Argentina has paid,” Kirchner said.

Yesterday’s default came about after American hedge funds won a lawsuit ordering Argentina to pay them some $1.6 billion for bonds they bought at a low market price after the 2001 default. Some 93% of bondholders accepted a 75% reduction on the Argentine debt they were saddled with back then. But the remaining seven percent who refused the “haircut” took Argentina to court in New York demanding full payment. Two years ago they won the case and last month that victory was validated by the US Supreme Court, which refused to hear an appeal by Buenos Aires.

“That Supreme Court decision was like a lightning bolt out of a cloudless sky,” said Kicillof, who was in New York seeking a last-minute way out of the looming crisis.

President Kirchner has staunchly refused to pay the “vulture funds” that she says prey on weak economies with debt problems. She claims paying them would leave Argentina vulnerable to gigantic claims from the other 93% of bondholders.

“The vulture funds did not lend Argentina a single dollar, a single penny,” said Kicillof. “They are not lenders from 2001 who were cheated.”

Last night’s mini-default could have immediate financial consequences for Argentina, such as a possible devaluation of the Argentine peso and the drying up of investments. But economists expect the jolt for ordinary citizens will be far slower. Although the economy has hit a recession, the situation is nowhere near as fragile as it was 13 years ago.

Meanwhile, a consortium of private Argentine banks has been working on an original solution. At a meeting with the “vulture funds” in New York yesterday, the consortium offered to cover the $1.6 billion awarded by the US court. “I wouldn’t be surprised if a solution was found between private parties, including private bankers,” Kicillof said. 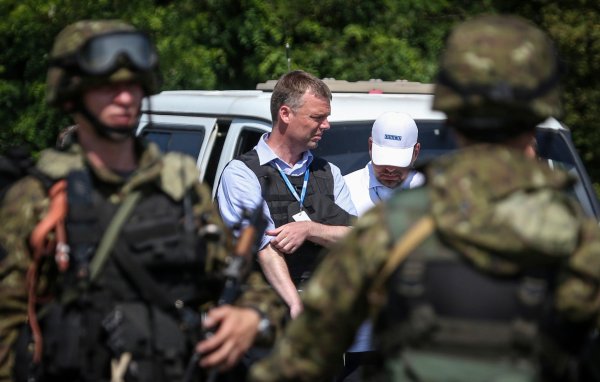