I still remember meeting Harry Potter for the first time. We were both going through our awkward phases. Granted, he was a prepubescent wizard with a lightning bolt scar instead of acne on his forehead. And he was saving the world from forces of He-Who-Must-Not-Be-Named, while I was still covertly playing with American Girl dolls.

But when Harry Potter and the Sorcerer’s Stone hit American bookstores in 1998, despite the slightly different circumstances, we were peers. Just two 11-year-old kids with unkempt hair, trying to figure things out.

So imagine my surprise when I read on JK Rowling’s official blog that July 31 this year is Harry Potter’s 34th birthday — when I’m just 26-years-old.

Not only is Harry almost a decade further along than me but, according to Pew researchers, he isn’t even a part of my so-called “Millennial” generation! How did he grow up without me?

Here’s the thing that many Harry Potter fans didn’t fully realize: Though the first book starring an 11-year-old Harry Potter was released in 1997 in the UK and 1998 in America, it takes place almost a decade prior. Rowling concocted her tale on a crowded train in 1990. So Harry Potter’s story begins then–the same year Maggie Thatcher quit as Prime Minister of Muggles.

Rowling didn’t make this timeline explicitly clear in the books. Dates are scarce throughout the series and since the world of Hogwarts is somewhat removed from current events anyway, it was hard to isolate cultural details that would put its timing in a greater context. We might know when the Xbox came out. But a Nimbus 2000? Not so much.

Luckily, some extremely dedicated Potter fans created a timeline on their own, based on one concrete date given in Harry Potter and the Chamber of Secrets. A 12-year-old Harry and friends were celebrating Nearly Headless Nick’s 500th anniversary of his October 31, 1492 deathday. And quicker than you can say, “Aparecium!” there it is–a clear indication that Harry was born in 1980.

Rowling was wise to leave these details vague: A powerful kinship is created when your target demographic grows up alongside its newfound hero. Every year, the Harry Potter generation would wait in line at midnight to see what his slightly aged wizarding cohort was up to. Over nearly decade, we transitioned from getting chaperoned by parents way past our bedtime at book stores, to driving ourselves to now defunct Borders to pick up a copy.

Harry Potter may not be a peer. The father of three is in the upper echelons of the Ministry of Magic, I’m still on Tinder figuring out what a 401K means. But I still think it’s fair to say that we still grew up together. So happy birthday, Old Man Potter! 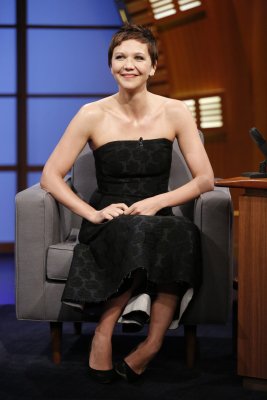 Maggie Gyllenhaal on Israel and Palestine — and How Obama Broke Her Heart
Next Up: Editor's Pick