Have you ever wondered what embattled Toronto Mayor Rob Ford and superstar EDM producer deadmau5 would talk about during a coffee run? Football, for starters. The difficulty of left turns, Nyan Cat and the importance of taking care of Toronto’s pot holes were also on the agenda for their conversation and it’s all captured on tape for the whole internet to gawk at.

The video was uploaded to YouTube on Wednesday by deadmau5 as part of his new Coffee Run series. In the clip, the Canadian mayor and music producer take deadmau5’s so-called Purrari — a Nyan Cat-wrapped Ferrari 458 Italia — for a spin through the city streets with a quick stopover at a Tim Horton’s drive thru window, because where else would two Canadians go?

While both men are known for creating controversy, Ford’s Horton’s order of five espresso shots in a single cup is the most jaw-dropping moment of the whole 30-minute video.

MORE: deadmau5 Sounds Off on DJs, Antagonizing Everyone and His Label: Q&A 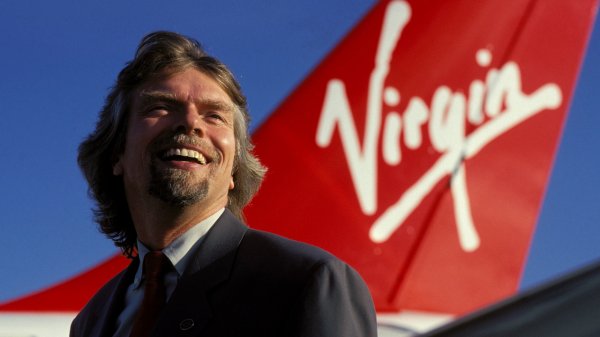 How Richard Branson Made His First Million
Next Up: Editor's Pick