The End of Spring in a Warming World

The first day of spring is finally here, even if it doesn’t feel that way in much of the still frigid East. Of course, the official beginning of spring has less to do with the weather than it does with Earth’s orbit around the sun—the vernal equinox is the day when the tilt of the planet’s axis is inclined neither toward nor away from the sun. (This also happens during the autumnal equinox at the beginning of fall, and of course the dates are reversed for the Southern Hemisphere.) Wherever you are in the world on Mar. 20, it’s all equinox.

But while the calendar stays the same, the seasons seem to be changing. As the planet warms, spring has been springing earlier. A 2009 study in Nature estimated that spring now comes about 1.7 days earlier than it did during the first half of the 20th century. Decades of data collected around Henry David Thoreau’s Walden Pond and Aldo Leopold’s plot of land in Wisconsin indicates that spring flowers have been blooming earlier and earlier in the year, responding to warmer temperatures. And a study published this week in the Proceedings of the National Academy of Sciences (PNAS) that used 39 years of data concludes that wildflowers in the Colorado Rocky Mountains are blooming weeks earlier than they once did and producing their last blooms later. The bloom season, which used to run from late May to early September, now lasts from late April to late September, some 35 days longer.

An earlier spring, a longer blooming season—are these bad things? A lot of climate change skeptics don’t think so:

I can sympathize—after the winter we’ve had in the East, an earlier and longer spring sounds ideal. But the fact that warming seems to be changing the timing of the seasons should concern us, as any phenologist could tell you. Phenology is the study of periodic animal and plant lifecycles, and looks at how the regular variations in the climate that we call seasons affect life. It’s a rich subject area because nearly every form of life runs on recurring cycles governed by the external cues of the environment. This is how Leopold, one of the foremost conservationists in American history and a keen observer of the seasons, put it:

Take that wildflower study I cite above. Paul CaraDonna, a graduate student at the University of Arizona in Tucson and the lead author of the study, was drawn to the research in part because of his interest in the native bees and other pollinators in the Rocky Mountain Biological Laboratory, 9,500-ft. above sea level near Crested Butte, Colo. Bees depend on flowers for nutrition, so when the bloom season shifts, it’s going to affect the bees. Despite the longer blooming season, plants aren’t producing more flowers. With the same number of flowers blooming over a longer period of time, bees could face a situation where there are fewer in bloom at any given time. “The competition can go up between pollinators for these resources because there’s going to be lesser availability over a greater period of time,” says CaraDonna. And if bees experience repeated population loss, that can in turn impact the very plants that depend on the insects for pollination.

A earlier blooming season can also place wildflowers in danger if they’re hit by a late frost. The meadows the team studies can experience frosts as late as mid-June. “If the snow melts in mid-April, the flowers can have a month and a half before they get zapped by frost in a fragile state,” says CaraDonna. “If you rely on the flowers and they get hit that way, you’ll have no food.” That’s precisely what happened in 2012, when a frost in mid-May wiped out a huge number of flowers that had bloomed early in the season.

Change the timing of spring, and there’s no telling what can happen—although as Amy Iler, another co-author on the study, points out: “It would be very surprising if everything turns out perfectly fine.” Iler and her colleagues are only beginning to piece together how a shifting blooming season will change the environment of the Rocky Mountain meadows—and it will be even more difficult for ecologists to predict the response elsewhere, in places that lack 39 years of minutely recorded data. (The research was begun in 1974 by David Inoyue, a biologist now at the University of Maryland, and over the years Inoyue and his collaborators have counted more than 2 million separate flowers.) The land is still “an enigma,” as Leopold put it, but the X factor of climate change will only make the mystery of the natural world that much more complex. As we add more and more greenhouse gases into the atmosphere, we’re putting ourselves on the path towards an ever more uncertain future, one where even the seasons themselves become unmoored from the calendar.

But if nature’s response to the phenological changes of global warming still remain to be fully discovered, our emotional response is already being felt, as the novelist Zadie Smith wrote recently in the New York Review of Books:

Smith isn’t quite right—as spring becomes a moving target, there is no normal any longer, new or old. March 20 will remain the equinox. The rest remains to be seen. 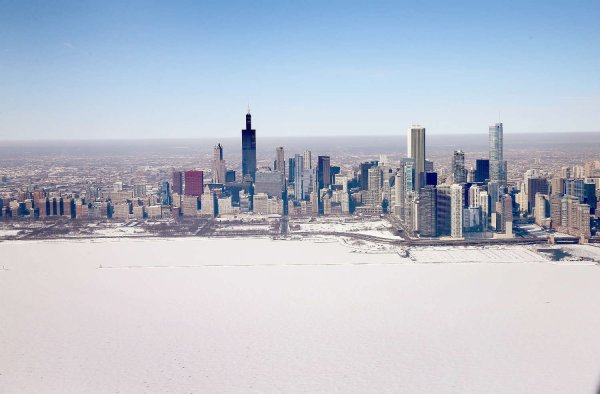 A Tale of Two Winters
Next Up: Editor's Pick