A sign is posted outside of the Twitter headquarters on July 29, 2014 in San Francisco, California.
Justin Sullivan—Getty Images
By Jack Linshi

The report, released Thursday, indicates a 46 percent increase in the number of government requests for user information between the first half of 2014 and the second half of 2013. The requests are usually associated with criminal investigations, according to Twitter, and have more than doubled since Twitter released its first transparency report in 2012. While the report is now in its fifth edition, Twitter is still eyeing one area for improvement.

“One section in particular has been notably absent from our all of our previous reports, including today’s: our disclosures on national security requests,” said Jeremy Kessel, Twitter’s manager of global legal policy. “Specifically, if the government will not allow us to publish the actual number of requests, we want the freedom to provide that information in much smaller ranges that will be more meaningful to Twitter’s users.”

Twitter isn’t satisfied with the extent of information it’s been legally authorized to release, and the company has met with the U.S. Department of Justice and the Federal Bureau of Investigation to improve transparency on the number of national security requests. The DOJ’s restrictions, announced in January, allow companies to disclose the number of National Security Letters (NSLs) and Foreign Intelligence Surveillance Act (FISA) orders only “in bands of 1,000” under a six month embargo — or even longer depending on the situation. (Verizon also releases transparency reports, and it reports national security requests in these wide ranges.)

Twitter had submitted a draft to the DOJ of its most recent transparency report in April, requesting information about which information could not lawfully be published, but has not yet received a reply.

“We think the government’s restriction on our speech not only unfairly impacts our users’ privacy, but also violates our First Amendment right to free expression and open discussion of government affairs,” said Jeremy Kessel, Twitter’s manager of global legal policy, earlier this year. “We are also considering legal options we may have to seek to defend our First Amendment rights.”

Still, what is available in Twitter’s transparency report illuminates a consistent rise across three types of requests.

The total number of global government requests for user information—including national security requests—has grown since 2012 by nearly 250 percent. By country, the U.S. government filed 1,257 of these requests between Jan. 1 and Jun. 30—the most of any country—specifying 1,918 users. And in 72% of these requests, at least some information was produced. On a state level, California filed 163 information requests, the most of any state.

In content removal requests, though, Turkey led with 186 requests with 30 percent resulting in some content being withheld. The total number of these requests has increased dramatically since 2012, but only 14 percent since the previous report. The biggest rise occurred between the first and second halves of 2013, largely due to the 306 requests made by France.

With 9,199 notices, the number of DMCA copyright takedown requests saw an 80 percent increase from the last report. Anti-piracy and Internet companies were the top copyright violation reporters. Each month between January and June, between 70 percent and 84 percent of notices resulted in material being removed, with a total of 30,870 tweets affected. Only 18 counter copyright notices were filed, all of which resulted in material being restored.

Twitter’s transparency report is released in January and July each year, and also includes information on Twitter accessibility across the world. 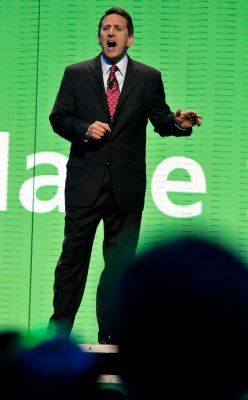