Two weeks ago, U.S. Secretary of State John Kerry couldn’t wait for the opportunity to try to broker an end to fighting between Israel and Hamas in Gaza. “We’ve got to get over there,” he told an aide in a call caught on a hot mike on July 20. “I think it’s crazy to be sitting around.” A day later, he traveled to Cairo–quickly moving on to Jerusalem and Ramallah–hoping to get Israel and Hamas to back an Egypt-brokered cease-fire to end hostilities. But he returned to Washington empty-handed amid a swirl of controversy and escalating violence.

Kerry managed to secure a 12-hour cease-fire on July 26. “Then, as the rollover time for that occurred, regrettably there were misunderstandings about 12 hours vs. 24, four hours vs. 24,” he said publicly as the deal unraveled. Rocket attacks from Gaza and Israeli strikes on Hamas resumed amid the failure.

Israeli officials anonymously accused Kerry of giving Hamas a “prize for terror,” leaking a draft proposal to extend the cease-fire. The Israelis said the truce favored the militant group’s interests over their security concerns, fraying relations between Israel and the U.S. Israeli officials objected that the terms did not include provisions to demilitarize Gaza or explicitly allow for the destruction of Hamas tunnels into Israel. Hamas rejected the terms anyway.

“It’s simply not the way that partners and allies treat each other,” U.S. State Department spokeswoman Jen Psaki said, asserting that the draft presented to the Israelis was based on the Egyptian agreement they’d already accepted earlier.

Despite the controversy, U.S. officials say the Secretary of State will remain the Obama Administration’s point person on attempts to broker an end to the hostilities, an aim reiterated by Kerry himself. “Now there are some in America who question … our efforts to bring peace to various conflicts around the world,” he said on his return to Washington on July 28. “I think they ought to ask, What’s the alternative?”

‘Shots were fired at our vehicles but all safe.’

MICHAEL ARON, U.K. ambassador to Libya, in a tweet after an attack on a British embassy convoy on July 27. The convoy safely crossed the border into Tunisia as Britain and several other Western countries–including the U.S. and Germany–evacuated most or all embassy personnel from Tripoli amid the worst violence in the Libyan capital since the fall of Muammar Gaddafi in 2011.

IS CLIMATE CHANGE LARGELY THE RESULT OF HUMAN ACTIVITY?

The pollster Ipsos MORI put the question to people in 20 countries. Here’s a sampling of how many said yes:

The Ukrainian military intensified its assault on territory controlled by pro-Russian rebels in the country’s eastern region following the downing of a Malaysian airliner on July 17, bringing the front lines of the three-month-old conflict within miles of the crash site.

Using tanks and armored vehicles, Ukrainian forces have managed to shrink rebel territory by more than half, though they have yet to cut off the separatists’ supply lines from Russia. When faced with fierce resistance, the Ukrainian military has resorted to intensive shelling of rebel-held towns, pushing the conflict’s death toll as of July 26 to more than 1,100, including hundreds of civilians.

The assault has forced the militias to retreat from the countryside to the three cities they still control and prepare for urban warfare. Though the rebels are outgunned and badly outnumbered, their arsenal of antiaircraft missiles, like the one suspected of downing Malaysia Airlines Flight 17, has claimed several of Kiev’s fighter jets and transport planes.

The U.S., citing satellite imagery, claimed on July 27 that Russia had begun firing rockets across the border at Ukrainian troops. It was the latest sign of Russia’s commitment to supporting the rebels, even at the cost of international isolation and a full-scale war if Ukraine responds in kind.

Muslim women attend prayers on ‘Id al-Fitr, which marked the end of Ramadan, the Islamic holy month of fasting, on a beach in the city of Yogyakarta on July 28. An estimated 1.6 billion Muslims around the world celebrated the occasion. In Indonesia, the world’s most populous Muslim-majority nation, some 30 million people traveled to their hometowns to celebrate the end of fasting.

The Ebola virus has killed more than 670 people across West Africa since February, prompting global worries as the outbreak spread from Liberia to Nigeria, the continent’s most populous country.

So far, the outbreak has killed roughly 60% of those infected, compared with a death rate as high as 90% in past epidemics. The virus, which spreads through direct contact with bodily fluids such as saliva or blood, has no treatment or vaccine.

Liberia has closed nearly all its borders, and Nigeria–where the first Ebola fatality occurred on July 25–is screening passengers on all inbound flights for symptoms. Officials say social stigma and denial about the disease may be fueling the outbreak.

There are worries about the possibility of an infected person’s carrying the virus beyond the region, potentially via air travel. For now, the risk to those outside the affected areas is low, but American health officials have asked U.S. physicians to be vigilant.

Estimated number of squatters in a 45-story tower in Caracas dubbed the world’s tallest slum. Authorities began forcing them out in late July

Vincenzo Nibali won the Tour de France, becoming the first Italian winner of the bike race since Marco Pantani in 1998

Islamist militants killed at least 21 people, many of them women, when they opened fire on a convoy of vehicles in the southern Philippines 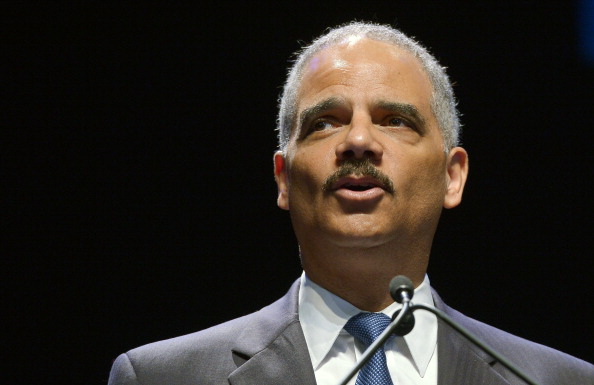 Exclusive: Holder to Oppose Data-Driven Sentencing
Next Up: Editor's Pick