Amazon Will Pay You to Accept Slower Deliveries

A worker watches as boxed merchandise moves along a conveyor belt to a waiting truck for delivery at the Amazon.com Phoenix Fulfillment Center in Goodyear, Arizona, U.S., on Monday, Nov. 16, 2009.
Bloomberg—Bloomberg via Getty Images
By Victor Luckerson

Amazon really wants its Prime members to stop using its speedy shipping service, so much so that the company is willing to pay customers to accept slower deliveries.

The online retail giant is now offering a $1 credit toward Prime Video to customers who choose “No-Rush” shipping for their deliveries. Instead of arriving in two days, items are delivered in five to seven days. The credit can be used for TV shows and videos on Amazon’s download service, though certain Prime Instant Video titles are excluded, including HBO titles. The offer will be available for a limited time.

The deal may be an effort by Amazon to lower expenses after the company posted a larger-than-expected loss of $126 million in the second quarter. The company spent $2.4 billion fulfilling deliveries during the quarter, up from $1.8 billion in the same period a year ago. Allowing for a longer lead-time on shipments could help drive down costs, while the company still gets to keep the extra revenue it’s generating by boosting the price of an Amazon Prime subscription from $79 to $99 in March.

Of course, since Prime subscribers are primarily paying for free, fast shipping, it’s not clear whether the offer of discounted movies will appeal to a large number of them. But Amazon is in the midst of turning Prime into a broader entertainment service with features like the Netflix competitor Prime Instant Video and an on-demand music streaming service Prime Music. 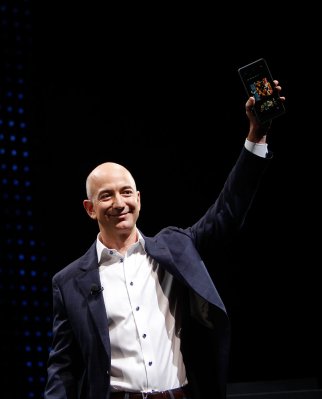 Amazon’s Latest Is a Total Game-Changer
Next Up: Editor's Pick