For most of modern era, third-party candidates were the crazy uncles of U.S. Senate elections, fun to watch and almost never relevant. In the 1990s and 2000s combined, only six Senate races were impacted by third party candidates. That is now changing. In the past four years alone, the outcomes of four Senate races have been impacted by outsiders, and this year is lining up to deliver more disruption.

10 of the 12 Senate seats in play this cycle have drawn third-party challengers, and nine of those races have Libertarian Party candidates—some of them more than one—who are likely to draw votes from Republicans. That’s bad news for Senate Minority Leader Mitch McConnell, who is hoping to win six seats and control of the Senate, but first may have to contend with a Libertarian challenger coming after his own seat—if he succeeds in getting on the ballot.

Much of the shift has risen from the conservative backlash against Republican incumbents. While many establishment candidates have beat back Tea Party primary challenges this cycle, activists are increasingly deciding to try to organize outside the party structure. These third-party bids have little chance of success, but they can easily spoil a close race by drawing away a few percentage points from mainstream Republicans or Democrats. For the embattled GOP establishment, it’s yet another reminder that the Tea Party isn’t going away and won’t be ignored.

In the razor-thin race for the retiring Saxby Chambliss’s seat in Georgia, outside candidates such as Libertarian Amanda Swafford, a paralegal and former city councilwoman, have drawn up to 7% of the vote in early polls. Swafford is Democratic candidate Michelle Nunn’s not-so-secret weapon: Republican David Perdue currently leads Nunn by 3.2% in a Real Clear Politics average of Georgia polls.

Likewise, Sen. Kay Hagan, one of the most vulnerable Democrats up this cycle, must be happy to have Libertarian Sean Haugh on the ballot. Haugh, a pizza deliveryman, has rated in the high single digits in early North Carolina polls, far more than the percentage of voters that divides the major party candidates there.

In most cases, third party candidates will likely have little impact on the midterms, like in the West Virginia race to fill retiring Sen. Jay Rockefeller’s seat, where Republican Rep. Shelley Moore Capito leads West Virginia Secretary of State Natalie Tennant by a commanding 9.3 percent, according a Real Clear Politics average, despite the presence of both a Libertarian and a Tea Party candidate in the race. And the majority of third party candidates vying for the 21 House seats in play this cycle are perennial campaigners, like Mike the Mover in Washington’s First District, who runs as a business advertisement. Experts expect only a handful of those races will be substantially affected by also-rans.

Still, with Senate control on a razor’s edge, every vote counts. And with voters hating Washington now more than ever, non-mainstream candidates are more than likely to leech away support. The anger at both major parties might even delay the outcome of this year’s election. In Louisiana, four other candidates look likely to deprive Democratic Sen. Mary Landrieu or her Republican challenger Bill Cassidy of an outright win of 50% of the vote, thereby forcing a runoff to be scheduled for Dec. 7. If control of the Senate hangs on this race, the nation will have to wait until next year to find out who controls Congress. 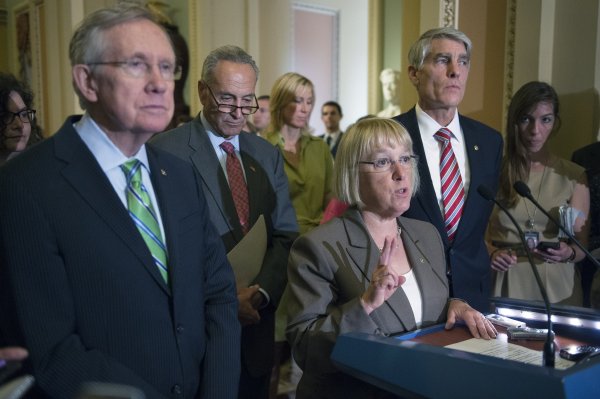