Depression Is a Risk Factor for Dementia, New Research Says

The link between depression and dementia is puzzling for researchers. Many studies have noticed a correlation between the two diseases and a 2013 review of 23 studies of about 50,000 older men and women reported that older adults suffering from depression were more than twice as likely to develop dementia and 65% more likely to develop Alzheimer’s. But these have often only been associations. The newest study, published Wednesday in the journal Neurology, takes it further. The researchers believe that their findings, while not definitive, show that depression is in fact an independent risk factor for dementia — and not the other way around.

Researchers looked at 1,764 people with no memory problems around age 77 and followed them for about eight years. They discovered that people with mild cognitive decline as well as people with dementia were likely to have higher levels of depression symptoms before they were diagnosed, and that having these symptoms was associated with a greater decline in memory. Depression symptoms, the researchers estimated, accounted for 4.4% of the difference in memory decline that could not be caused by brain damage.

The reasons for the link between the two diseases are more unclear. Some research suggests that people with depression may have high levels of hormones that interfere with the region of the brain responsible for learning and memory aptitude. Gary Kaplan, an osteopath who runs the Kaplan Center for Integrative Medicine, as well as a handful of other researchers, has another theory: that inflammation caused by hyperreactivity of immune cells can hinder blood flow to — and impact neural pathways in — the brain.

Kaplan, who was not involved in this research, views depression as a symptom of inflammation in the nervous system, and not a disease in itself. “Depression is manageable,” says Kaplan. “We can modify risk for depression by lowering neuroinflammation. And these findings are completely consistent with depression as an inflammatory disease.”

It’s also possible that depression adds stress to the brain, and that can play a role in its deterioration.

If it was possible that treating depression could curb dementia risk, that would be game changing, medically speaking. That hasn’t been proved yet, but it’s an active area of research. The Mayo Clinic recommends that patients opt for treatments that are safe for both issues — for instance, taking antidepressants for depression, though “these medications may not be as effective at treating depression with Alzheimer’s as they are at treating depression alone,” they write. Kaplan thinks treating depression can be done with practices like meditation and getting more sleep — activities thought to calm the brain and improve overall brain health.

If the new research is right, finding new ways to treat depression may have an impact on dementia risk — even if it’s small. 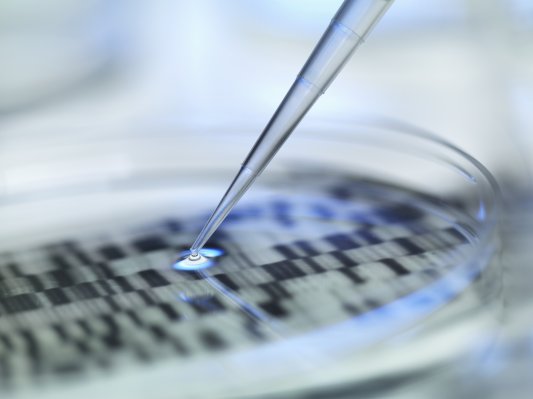 Schizophrenia Linked to 108 Genes
Next Up: Editor's Pick