The Rise of Suburban Poverty in America

Colorado Springs is often included on lists of the best places to live in America thanks to its 250 days of sun a year, world-class ski resorts and relatively high home values. But over the last decade, its suburbs have attained a less honorable distinction: they’ve experienced some of the largest increases in suburban poverty rates.

The suburbs surrounding Colorado Springs now have seven Census tracts with 20% or more residents in poverty, according to a report released Thursday by the Brookings Institution. In 2000, it had none. In those neighborhoods, 35% of residents are now considered to be below the poverty line, defined as a family of four making $23,492 or less in 2012.

“We’ve seen this all over the state,” says Kathy Underhill of Hunger Free Colorado, a statewide anti-hunger organization, referring to the growth of suburban poverty. “But I think the American public has been slow to realize this transition from urban poverty to suburban poverty.”

Poverty in the U.S. has worsened in neighborhoods already considered to be poor, but it’s now becoming more prevalent in the nation’s suburbs, according to the Brookings report.

“Poverty has become more regional in scope,” says Elizabeth Kneebone of the Brookings Institution and a co-author of the report. “But at the same time, it’s more concentrated and it’s erased a lot of the progress that we made in the 1990s.”

In the last decade, the number of Census tracts considered “distressed” — in which at least 40% of residents live in poverty — has risen by almost 72%. The number of poor people living in those neighborhoods has grown by an even faster rate—78%—from 3 million to 5.3 million. In 2000, the percentage of poor people who live in economically distressed neighborhoods was 9.1%. Today, it’s 12.2%.

Those areas are leading to what Kneebone calls a “double burden” for impoverished residents—being poor while living in a low-income area that often has failing schools, inadequate healthcare systems and higher crime rates. And as those areas are increasingly located in suburban areas, low-income Americans don’t have the kind of social safety nets often found in urban centers.

The numbers of suburban poor are growing at a more rapid rate than those in urban areas. In 2012, there were 16.5 million Americans living below the poverty line in the suburbs compared with 13.5 million in cities. The number of suburban poor living in distressed neighborhoods grew by 139% since 2000, compared with a 50% jump in cities. Overall, the number of poor living in the suburbs has grown by 65% in the past 14 years—twice as much growth as in urban areas.

It’s easy to pin the growth of concentrated and suburban poverty on the recession, but the spread of poverty throughout the U.S. has broader and more varied explanations. The numbers of suburban poor have been swelled by low-income residents who might once have lived in urban cores, but have been priced out of gentrifying cities, and have moved into affordable housing more prevalent in the suburbs.

Suburban areas also tend to be centered around industries most affected by the economic downturn, like manufacturing and construction, and the jobs that have taken their place are often low-paying, like retail and service positions.

There are also few social programs to help the suburban poor ascend the economic ladder. In the counties surrounding the Denver and Colorado Springs area, for example, many charitable organizations and anti-poverty programs have historically been focused on urban cores and haven’t caught up to changing demographics.

“The charitable infrastructure over the decades have focused on the inner city,” says Underhill of Hunger Free Colorado. “They’ve traditionally not had big case loads and aren’t accustomed to the level of service that’s needed.”

The Brookings report highlights a few suburbs that have seen decreases in poverty, including those around El Paso, Texas; Baton Rouge, La.; and Jackson, Miss. But they were outliers. In North Carolina, three suburban areas—Winston-Salem, Greensboro-High Point, and Charlotte—saw significant increases in both the number of economically distressed neighborhoods and the percentage of poor in those areas. Atlanta now has 197 areas with poverty rates above 20%, up from 32 in 2000.

Kneebone agrees, saying the perception that suburban areas were some sort of middle-class haven “was always a bit too simplistic.”

“Poverty is touching all kinds of communities,” Kneebone says. “It’s not just over there anymore.” 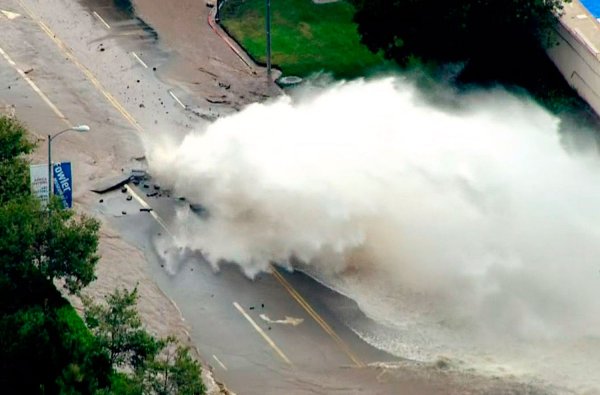