Former governor, vice-presidential candidate and reality-TV star Sarah Palin has started her own subscription-only web-based news channel. That’s good news for people who want to follow her – and for people who want to ignore her, too (she’ll be showing up far less often on cable news channels). “I want talk directly to you on our channels, on my terms, and no need to please the powers that be,” she explains in a (free!) intro video.

Palin’s new project is the latest sign that we live in world of gloriously fragmented media and culture that allows just about anyone to express themselves more fully than at any time in human history. That’s a great thing, even if it means trouble for long-established media companies and empowers conspiracy ranters such as Alex Jones.

Twenty years ago, just as the Internet was developing into a mass medium that catered to individuals’ unique tastes and interests in unprecedented ways, critics were foolishly flipping out about “media consolidation” and how a few companies such as AOL Time Warner would control all our news and information (as if!). Now, they are more likely to worry over the loss of a common news culture and the seeming ability of people to consume only self-confirming points of view. That may seem plausible on the face of things, but it’s equally wrong.

Palin is hardly a trailblazer in launching her own channel. Her ideological confrere Glenn Beck launched The Blaze network on the web in 2011. It spread to satellite TV a year later, and claims north of 300,000 subscribers paying $9.95 for full access to tons of print, video and audio content. Elsewhere on the political spectrum, pioneering blogger Andrew Sullivan sells access to The Dish (which touts itself as “biased and balanced”) for $1.99 a month and The Young Turks offer free, basic ($10) and premium ($25) access to a wide variety of text and video. RedState, The Daily Kos, Huffington Post, PJ Media and others all offer unlimited amounts of news, commentary and community for free. Everywhere you look, there are not just more ways to access the news, but more voices entering the marketplace of ideas.

The Sarah Palin Channel will flourish only if brings something truly different and substantial to the table. The eponymous host promises her service will be “a community” and that she’s most excited about hearing directly from her audience. That’s a start (and a shift from the old-style news broadcasting), but only time will tell whether that’s enough to keep folks shelling out $10 a month for the long haul.

What is clear is that even with the proliferation of news sources with distinct points of view, Americans are reading deeply and widely. Earlier this year, the American Press Institute released a study called “The Personal News Cycle: How Americans choose to get their news.” Among the key findings: 75% of us consume news every day and increasingly we pay attention throughout our waking hours, checking in across different platforms, media and sources.

Far from walling ourselves off in ideological gardens that tell us just what we want to hear, “the majority of Americans across generations now combine a mix of sources and technologies to get their news each week.” We go deep on stories that interest us, reading multiple accounts from multiple places to get more information—something that wasn’t possible back in the days of three broadcast channels and one or two hometown newspapers. Perhaps most interestingly, we apply a sliding scale of credibility based on sources, with 43% having high trust levels in reports from well-established news organizations, 21% from “word of mouth” ones, and even less from unsubstantiated social media sources.

So welcome to the 21st Century media world, Sarah Palin. New voices and platforms are always welcome, but it’s a jungle out here. You don’t have to “please the powers that be,” but you do have to bring real value to your readers and viewers – and that’s no walk in the park in the mediascape of endlessly fascinating and proliferating choices. 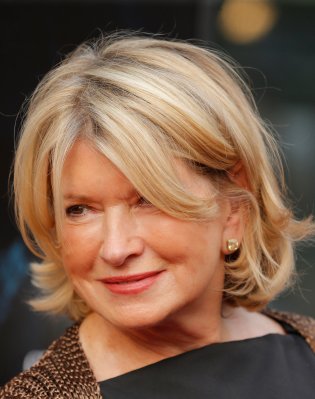 Martha Stewart Loves Her Drone
Next Up: Editor's Pick